Democratia – The Isle of Five 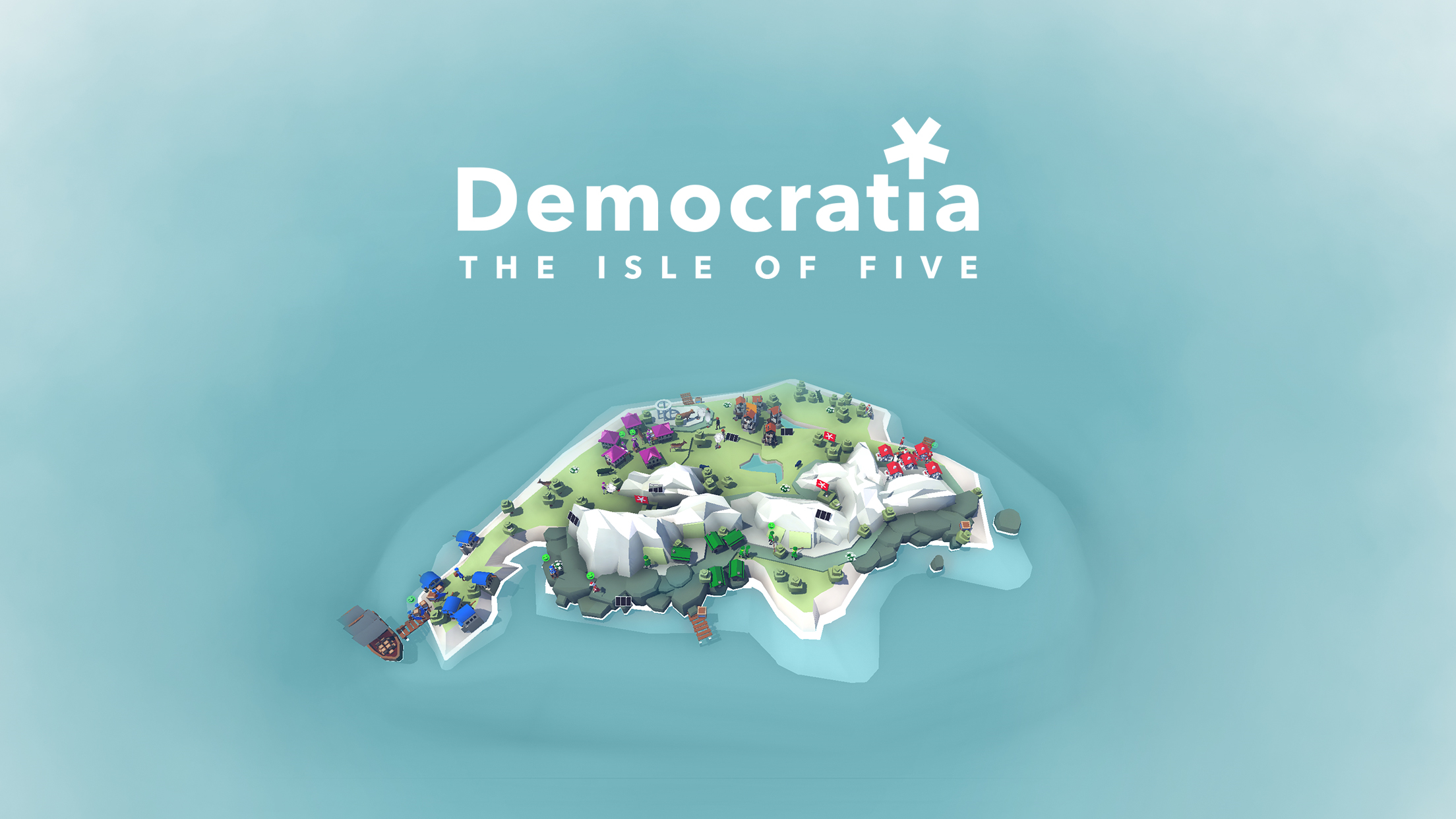 «Democratia» is a virtual parlour game for mobile devices that can be played with up to five players. Each player uses their own smartphone or tablet and they play together via the local Wi-Fi network. It takes place on a fictional island whose appearance and political system represent Switzerland. The island is inhabited by five clans who have different political agendas. You lead one of these tribes with the aim of increasing its resources and pushing through its own political goals by voting in referendums. Will the island become a global trading platform? Or an ecological natural paradise? Will the players work together and let the island flourish, or will political intrigues and conflicts of interest in the fight for victory mean its demise? [For further information, please check the attached document.] 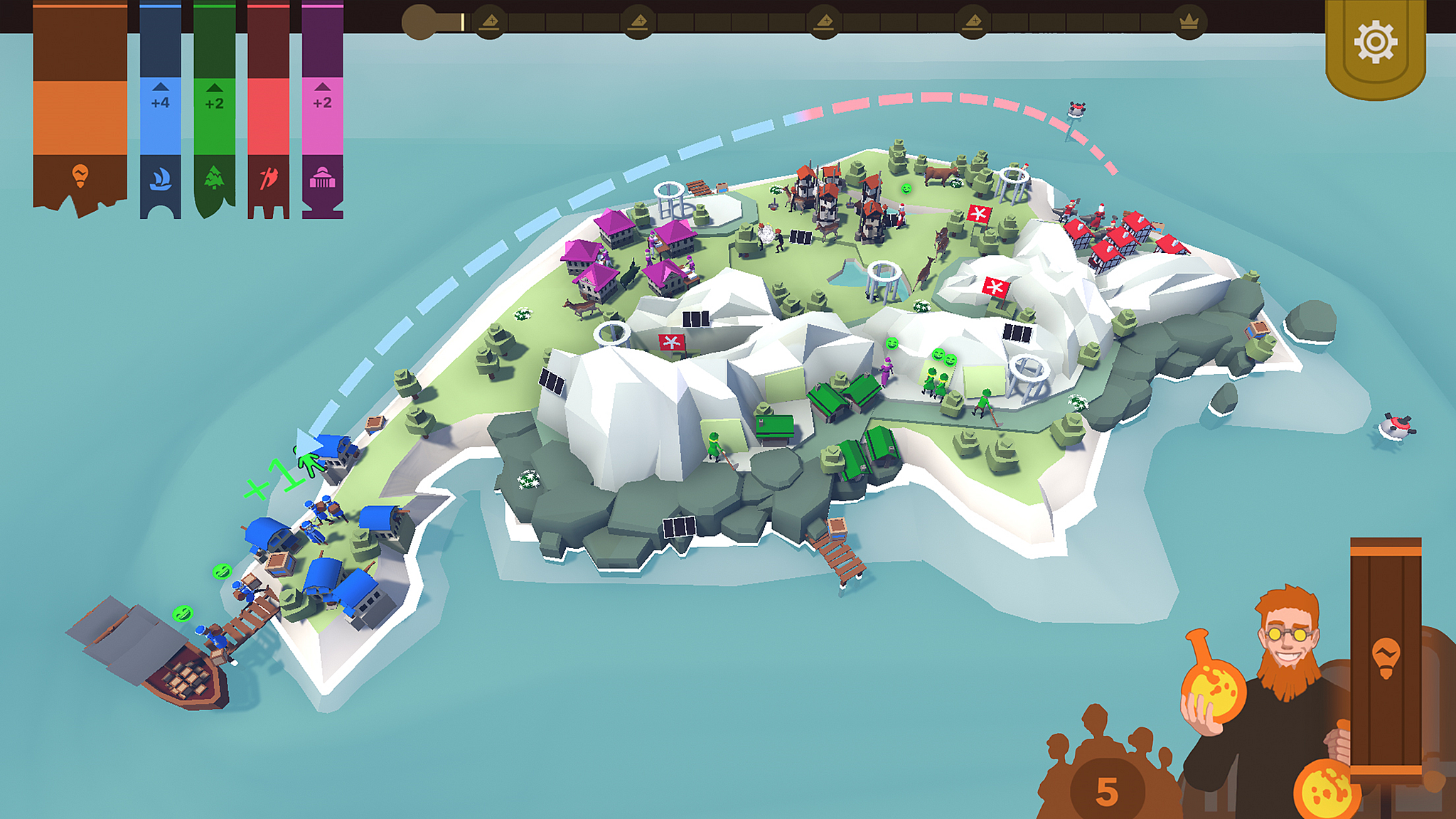 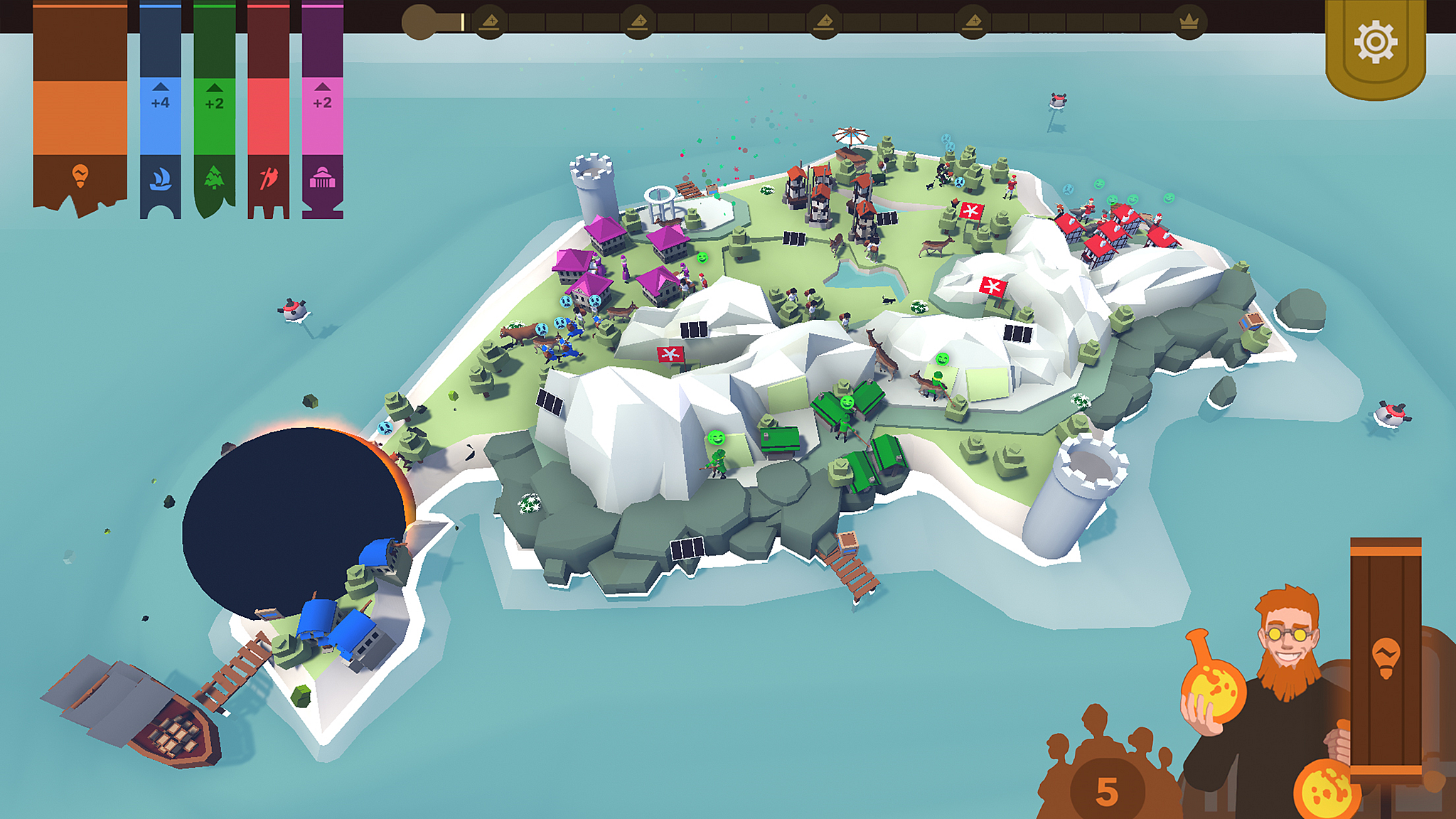 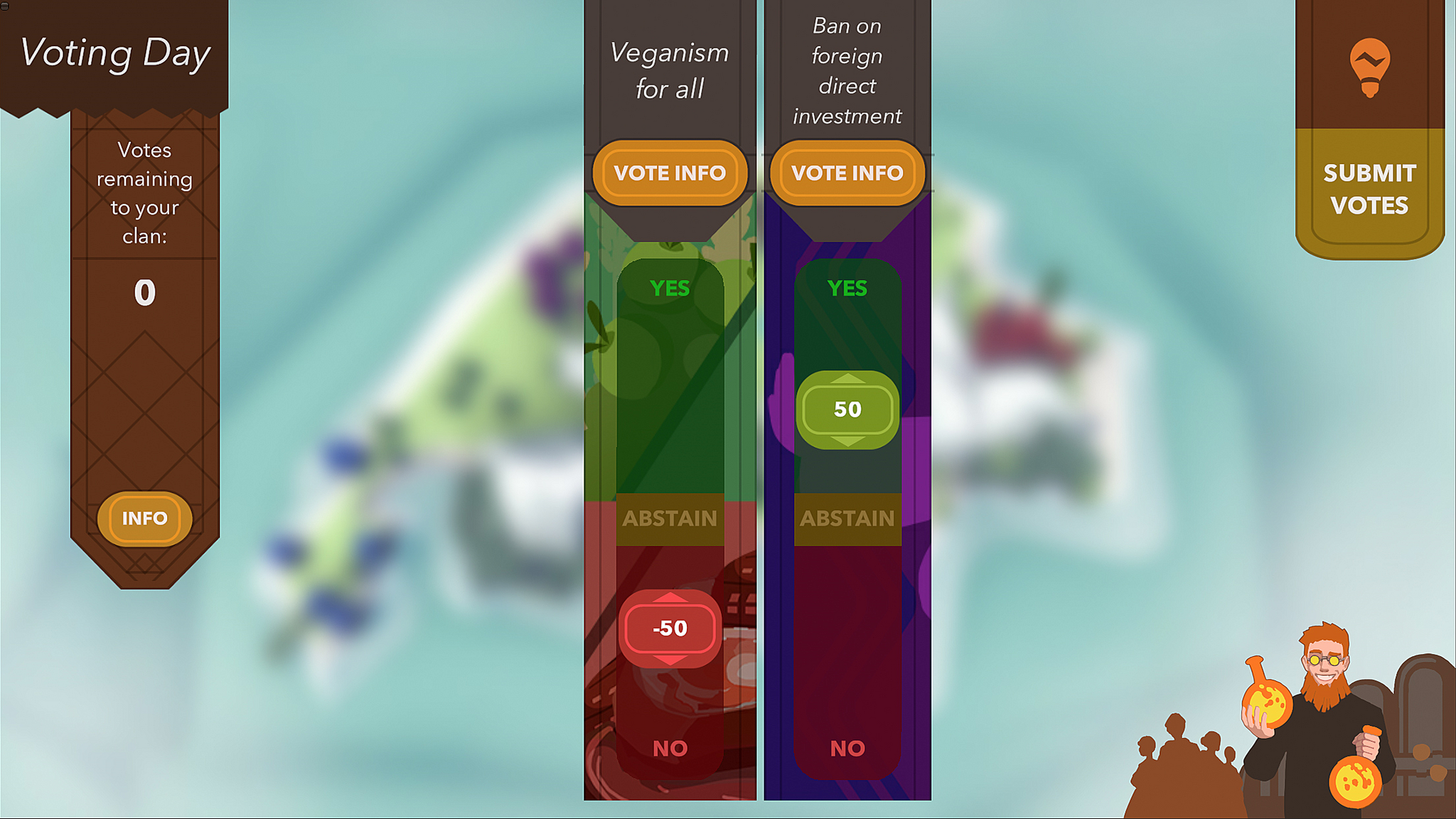 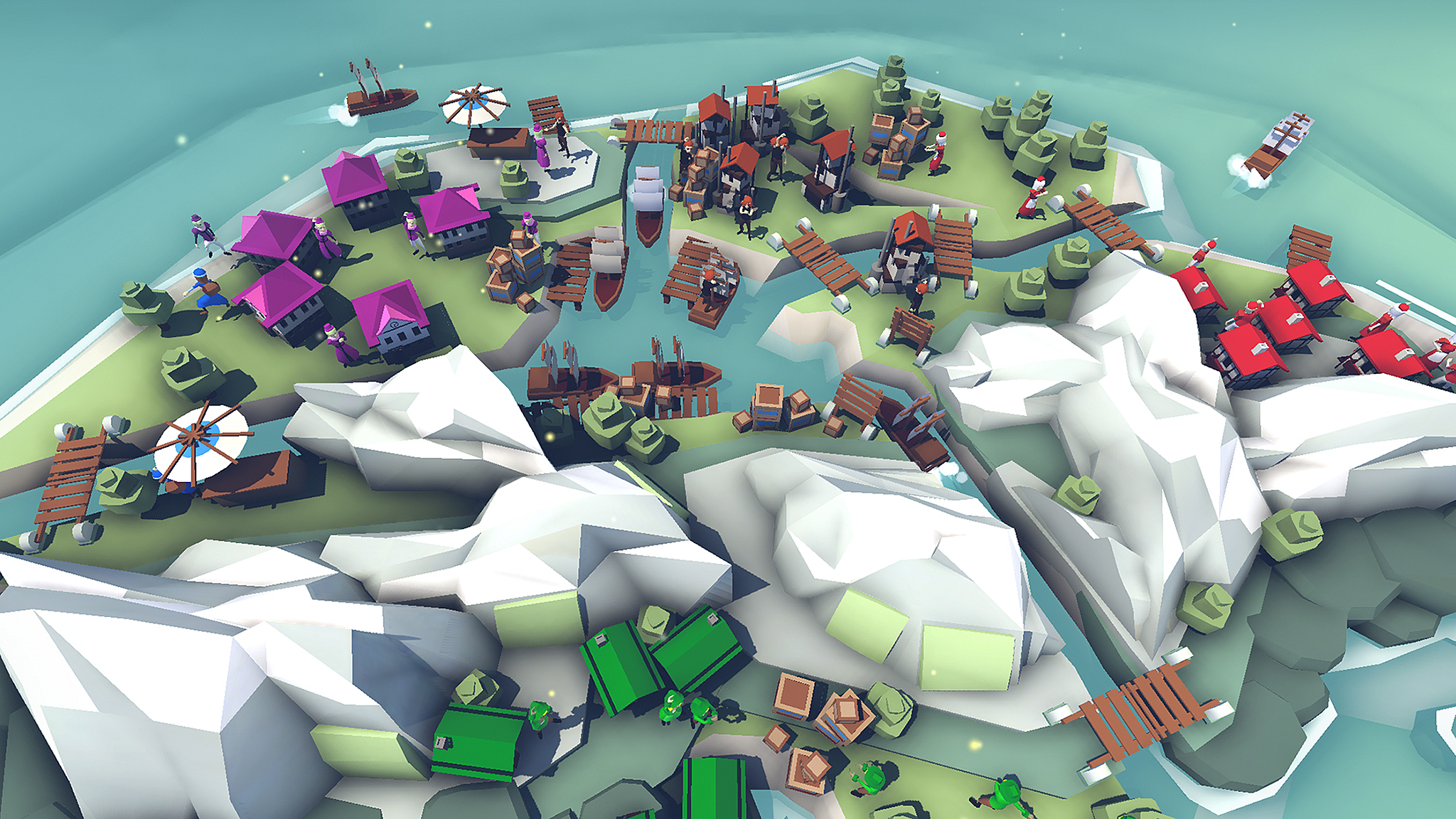 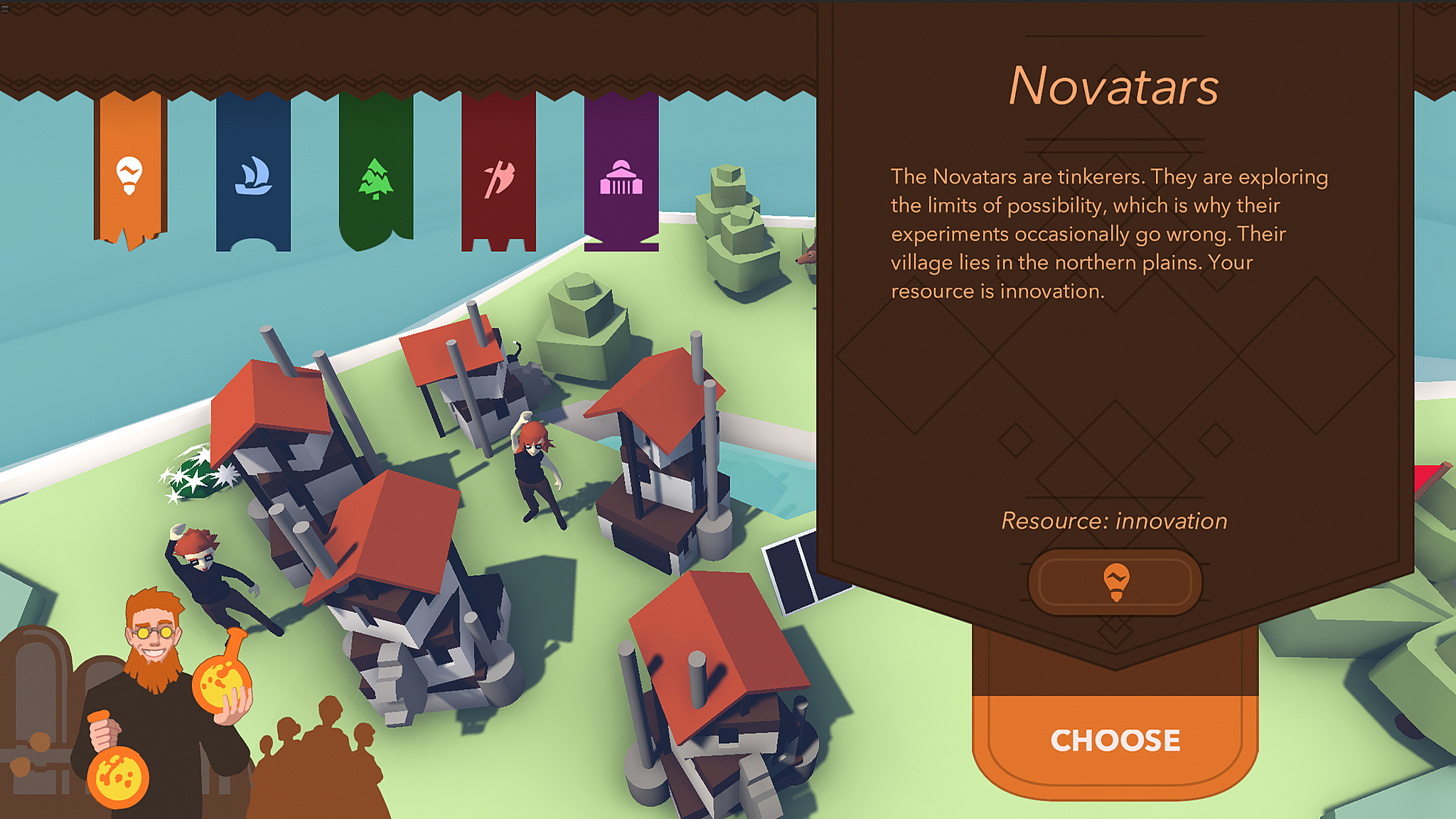 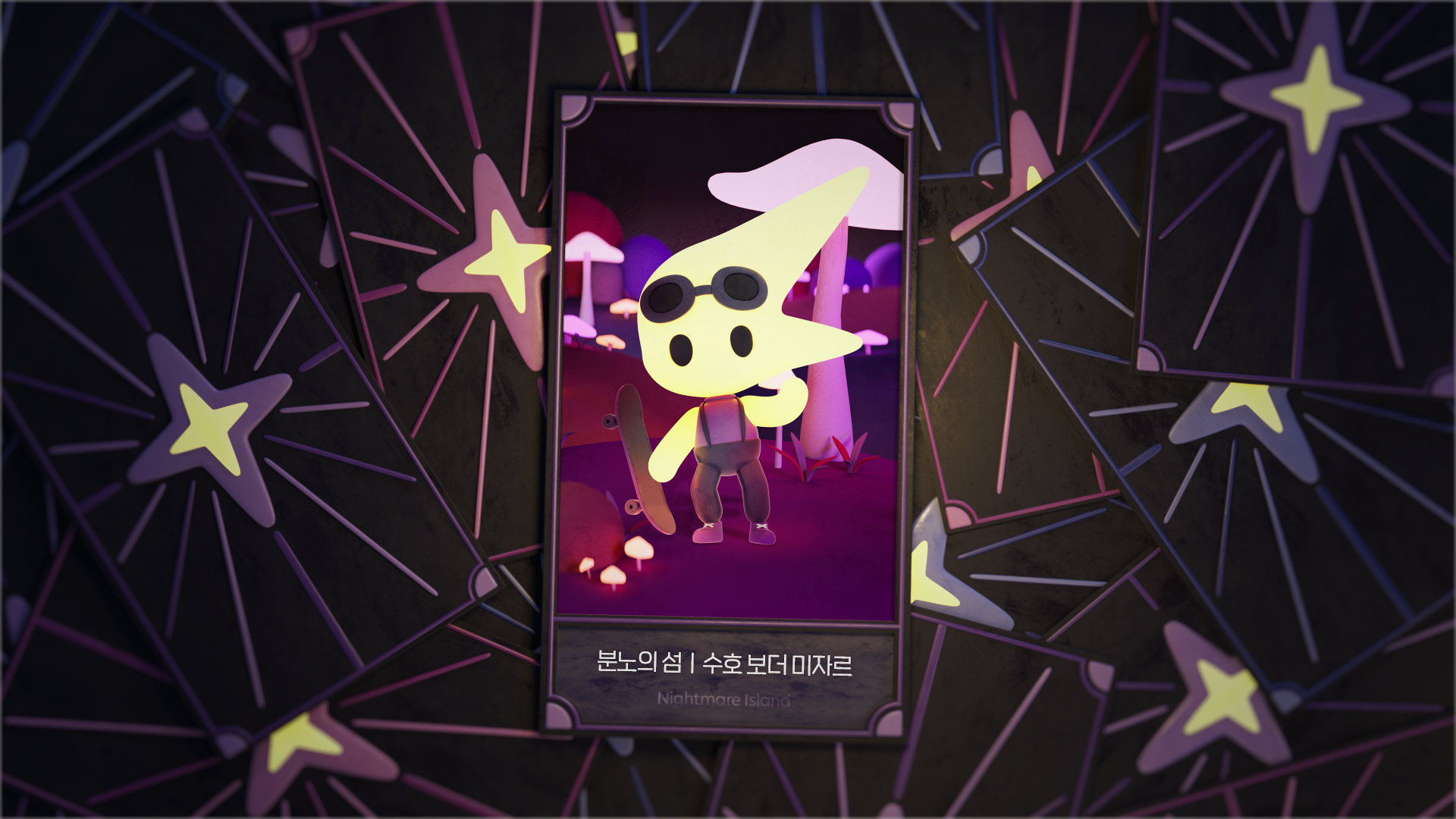 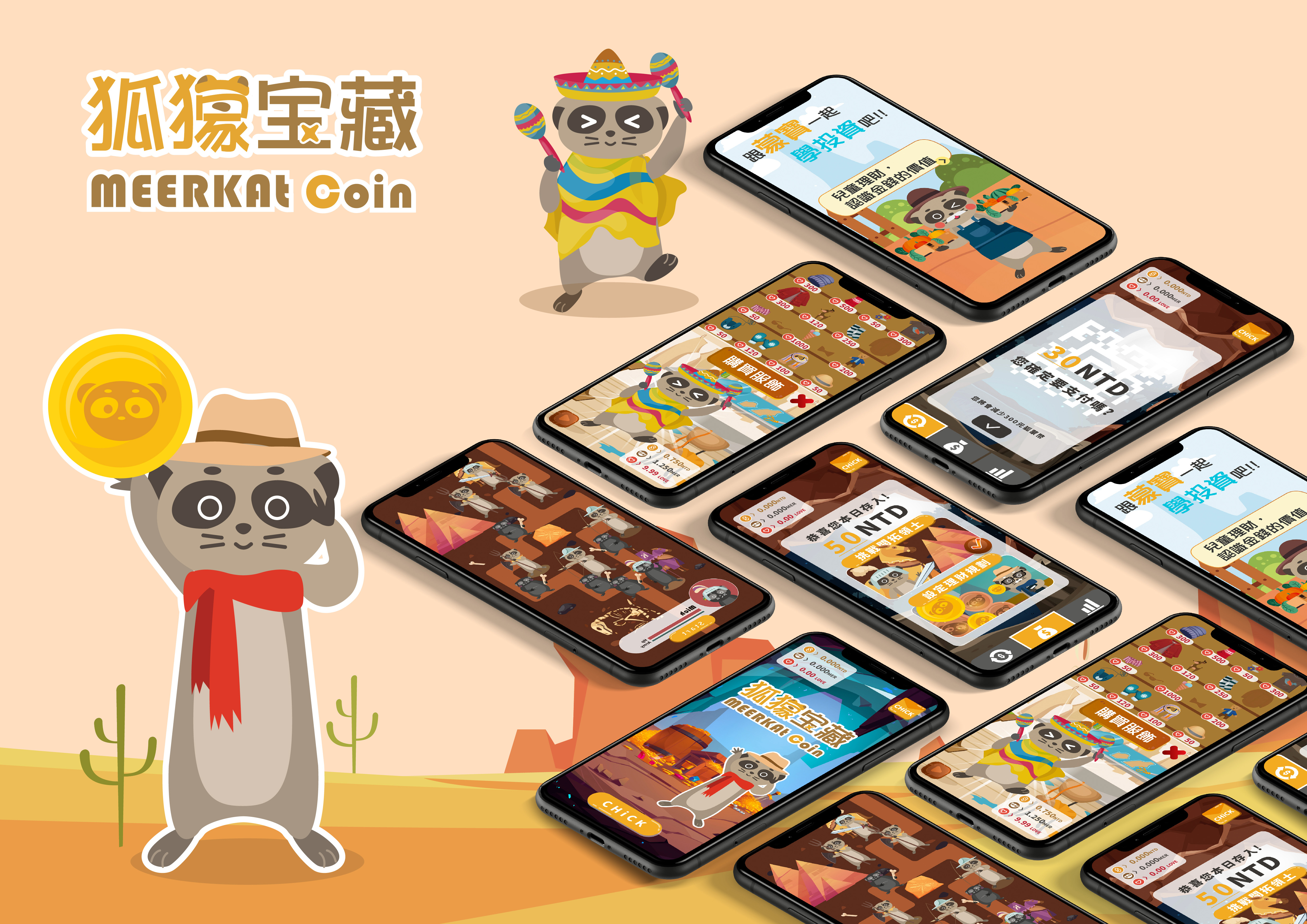