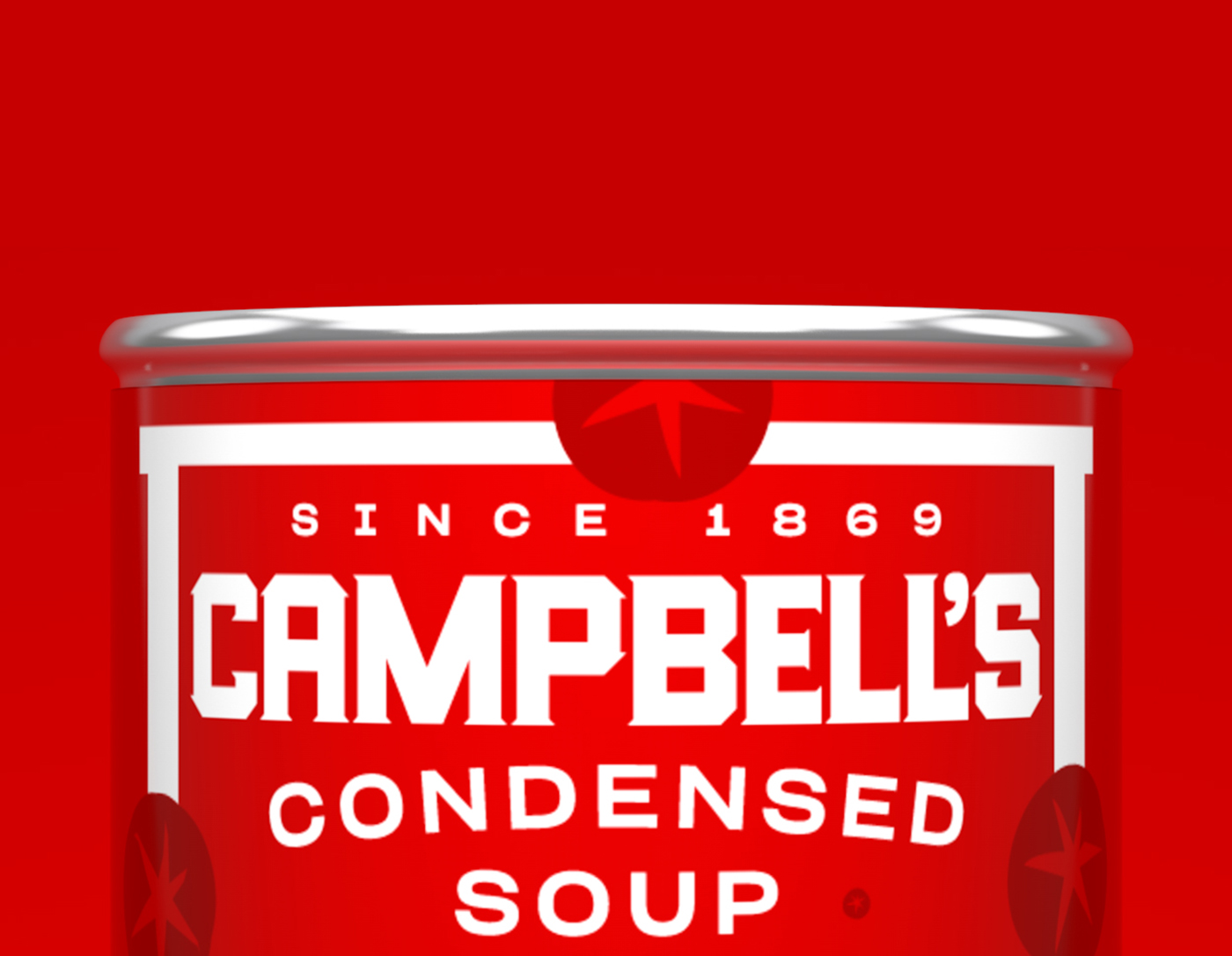 M'm M'm Good!
For over 150 years, Campbell's Soup Company has been known as one of the most reputable American food production companies with a strong brand identity that could be easily recognized by the general public.
Their Campbell's Soup product lineup became a substantial part of American pop culture after the successful and renowned American artist Andy Warhol produced 32 prints featuring different flavored Campbell Soups to the public between 1961 and 1962.
As the company has been around for so long, without much change in their identity system, it has been struggling to gain new customers who are continually looking for something fresh and novel in the market. In an attempt to win the younger consumer's attention, an endeavor was made to make Campbell's Soup fun, playful, and popular again.
Campbell's has existed with a powerful personality and a wide range of iconic assets, including its name, packaging, color palette, and a series of golden fleur-de-lis. By exploring and combining these distinctive elements, a newly refreshed system was made with more consistency that will continue to make Campbell's products easily recognizable when found anywhere anytime. 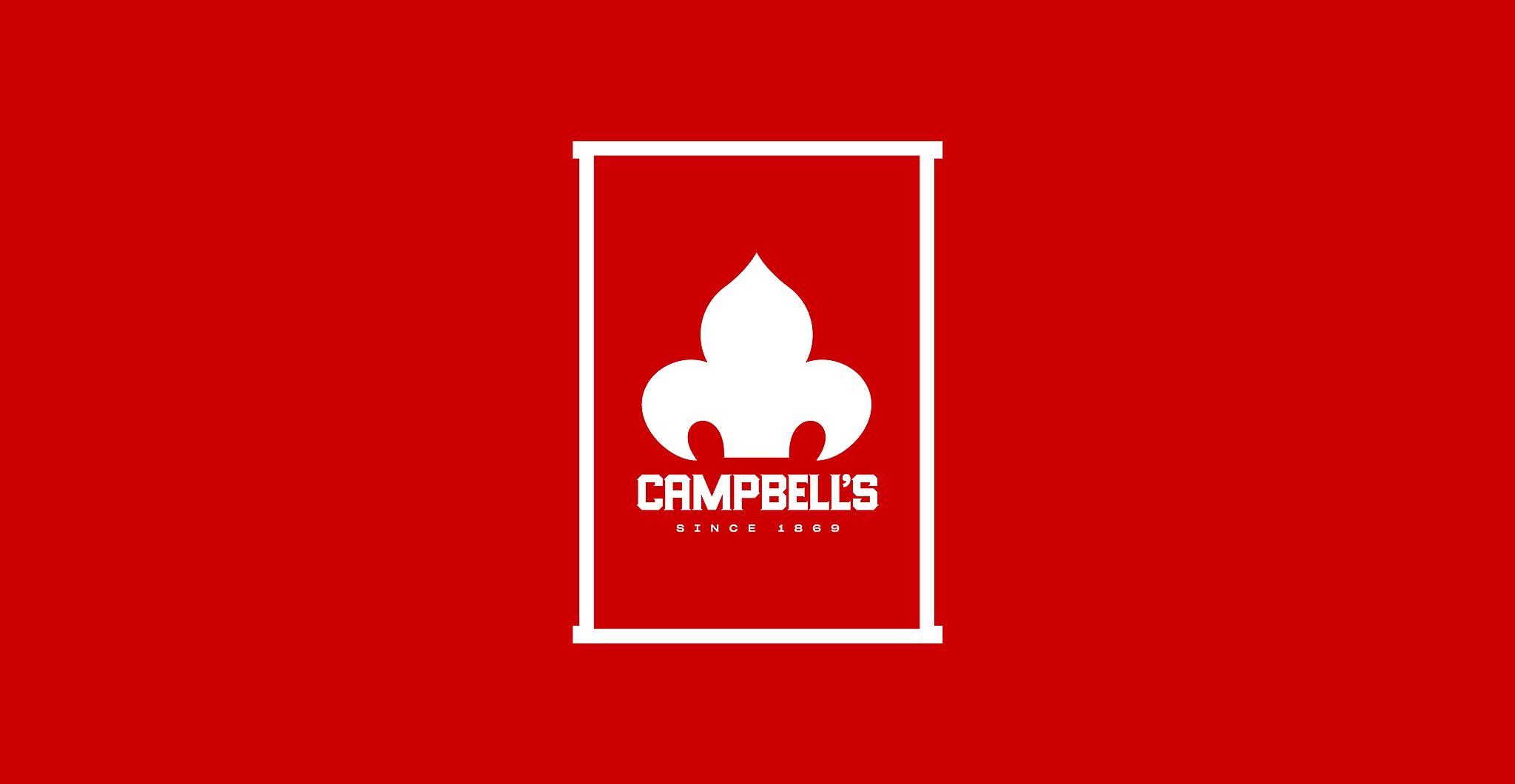 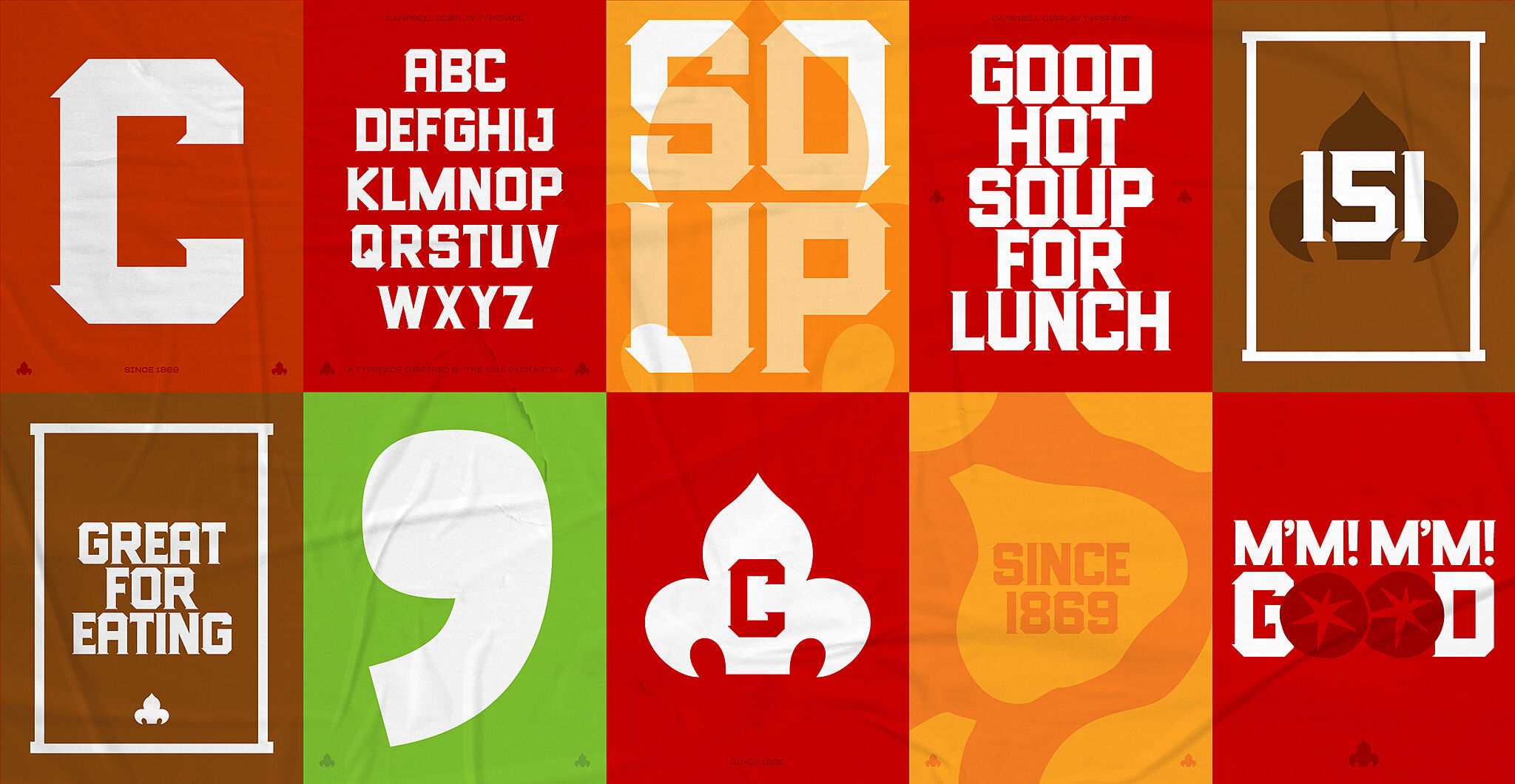 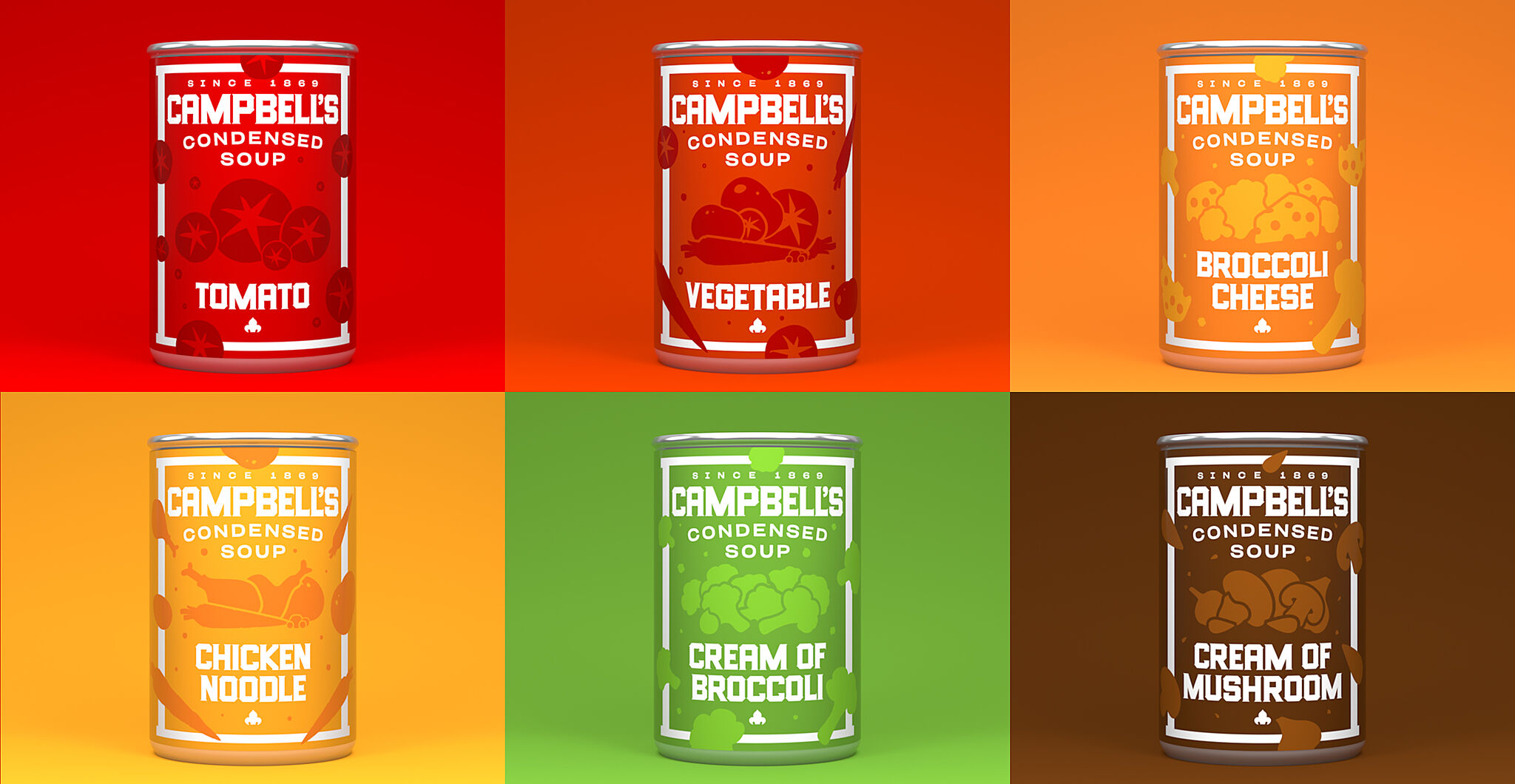 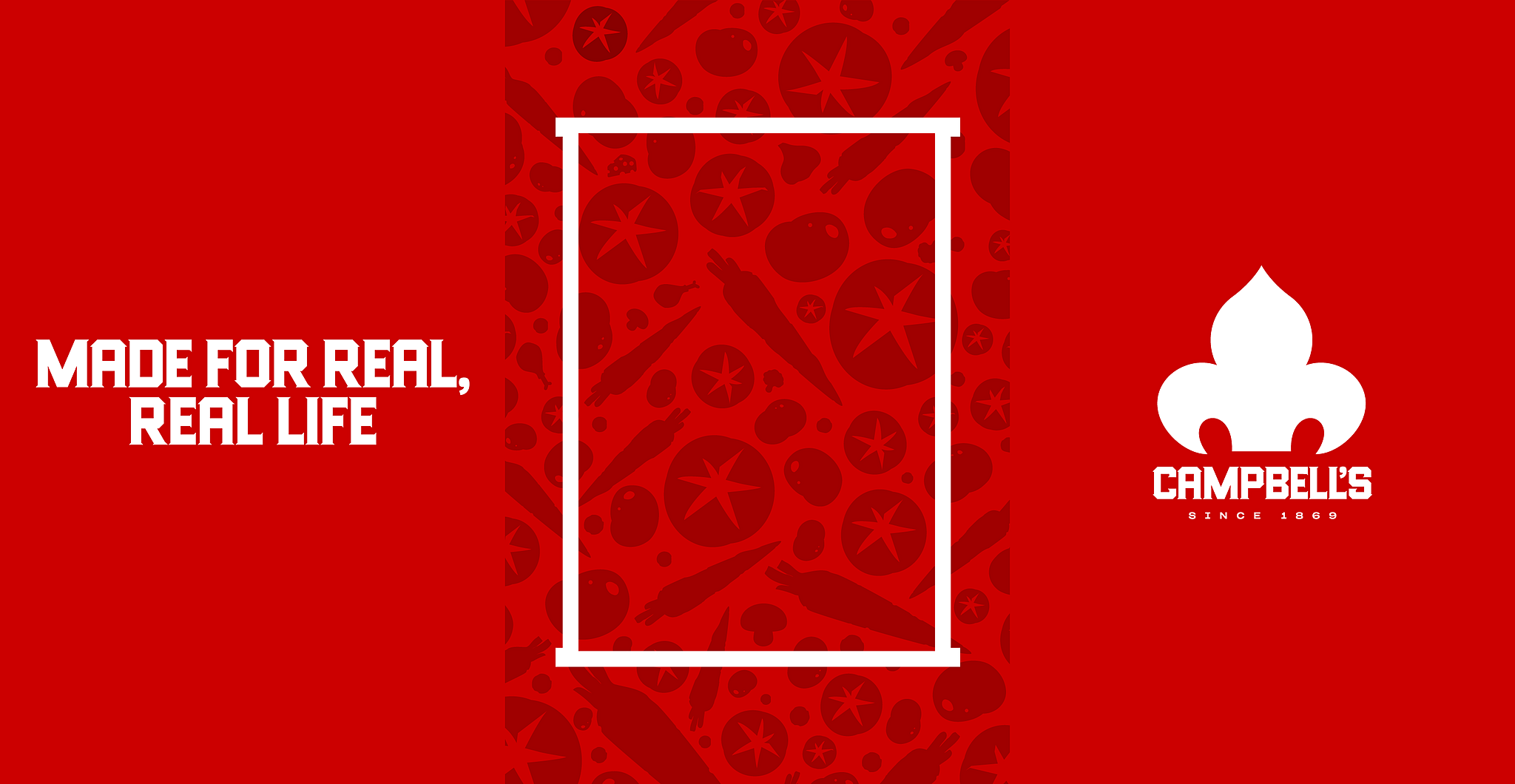 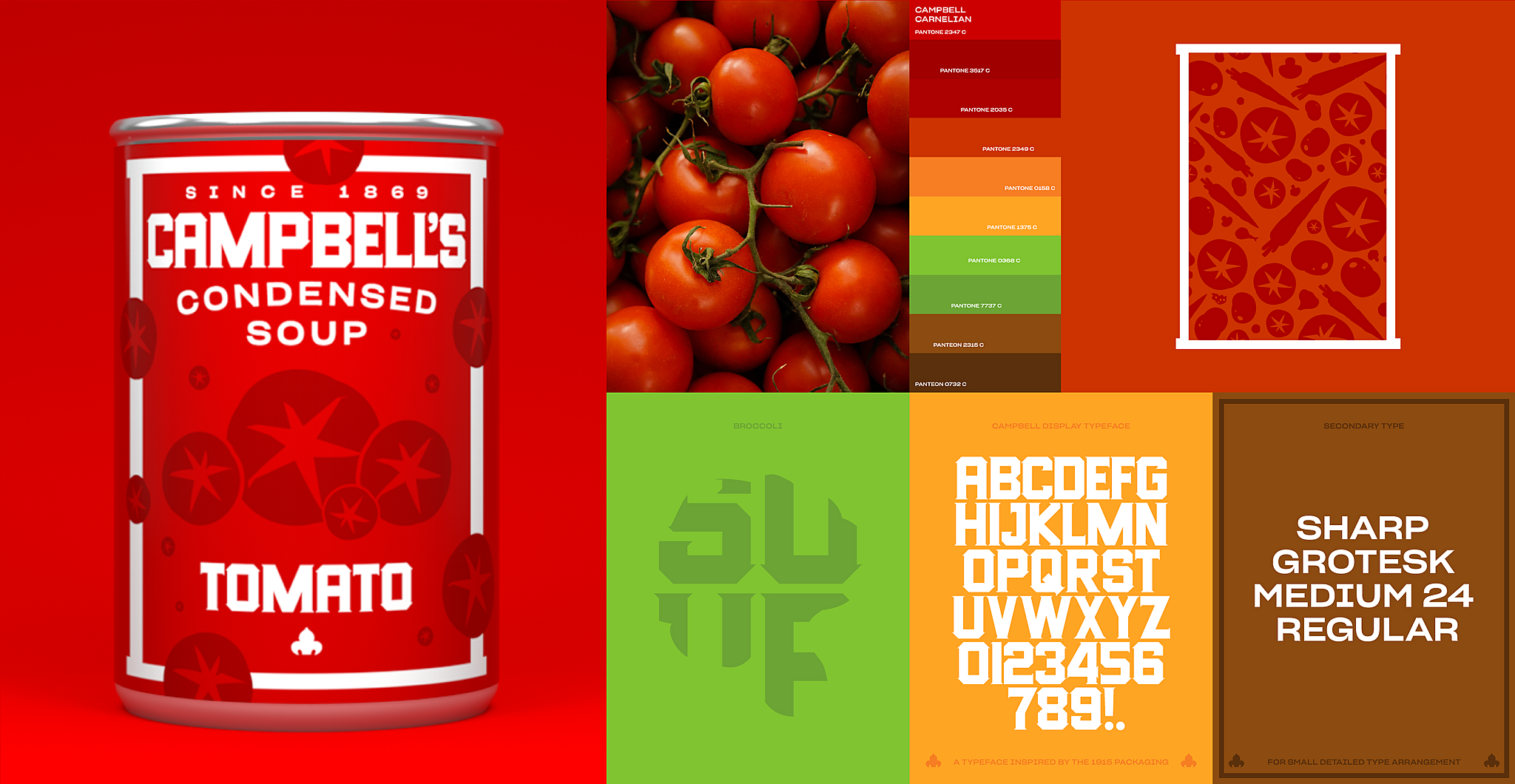