To not speak is to speak. To not act is to act.

by Meaghan A. Dee 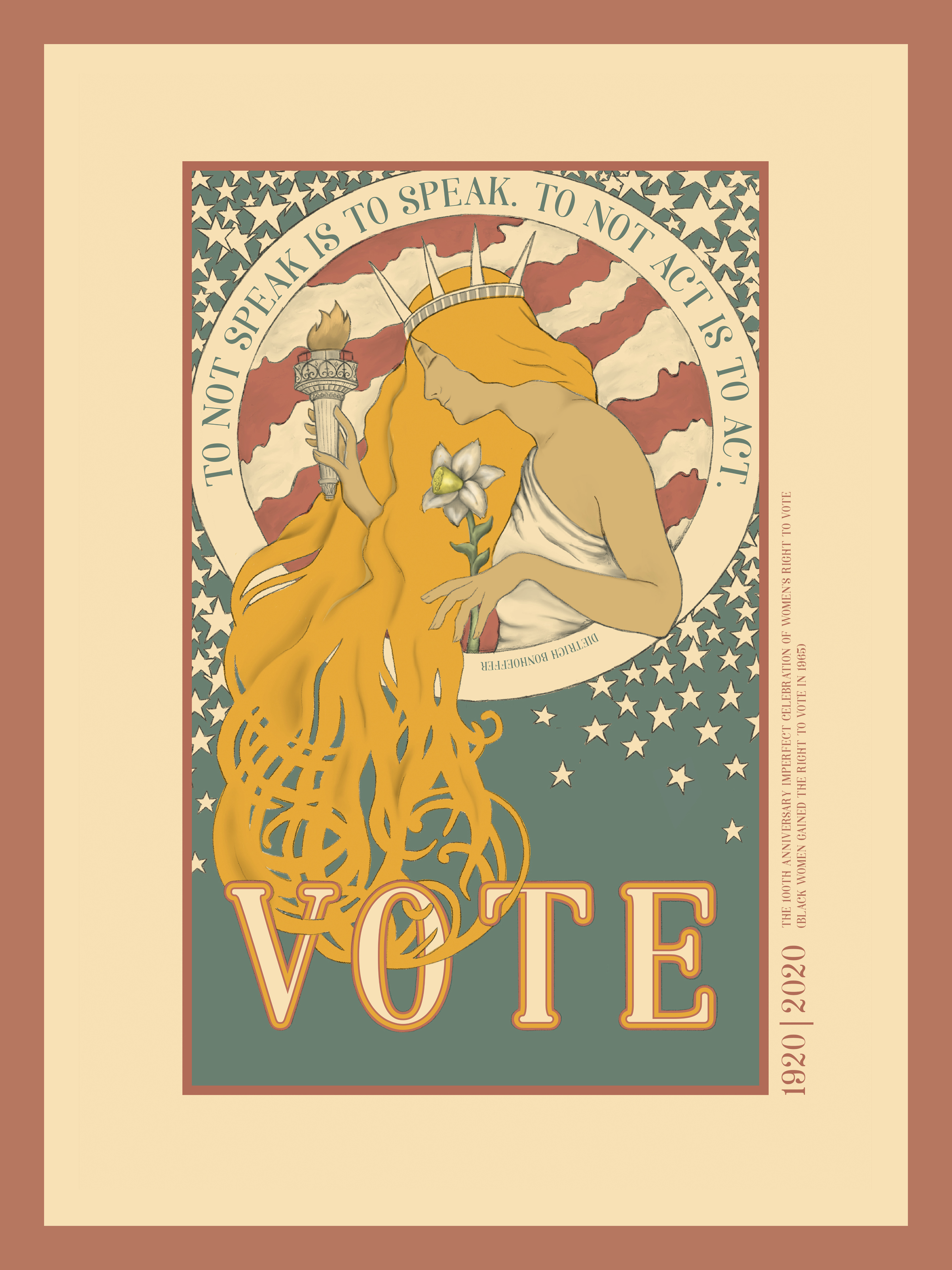 This piece was created to honor the 100th Anniversary of the 19th Amendment and to encourage people to vote. I wanted to build a sense of familiarity for this piece, so I based it on several Art Nouveau posters by Alphonse Mucha and Paul Berthon. The piece by Berthon, which I visually reference, symbolized the ideals of the 'happy few' who remained aloof from present turmoils. In my version, I have made the main figure the statue of liberty, with her eyes closed to injustice. In her hand is the flower, Narcissus, which represents selfishness. Lady Liberty also has some long, flowing pandemic hair, as it's been a while since she has been to see her hairstylist.

The quote I selected was by German theologian and anti-Nazi activist, Dietrich Bonhoeffer, who said “Not to speak is to speak. Not to act is to act.” I might add: Not to vote is to vote.

Please remember to vote and make a plan to vote.

AIGA Get Out the Vote: Empowering the Women's Vote 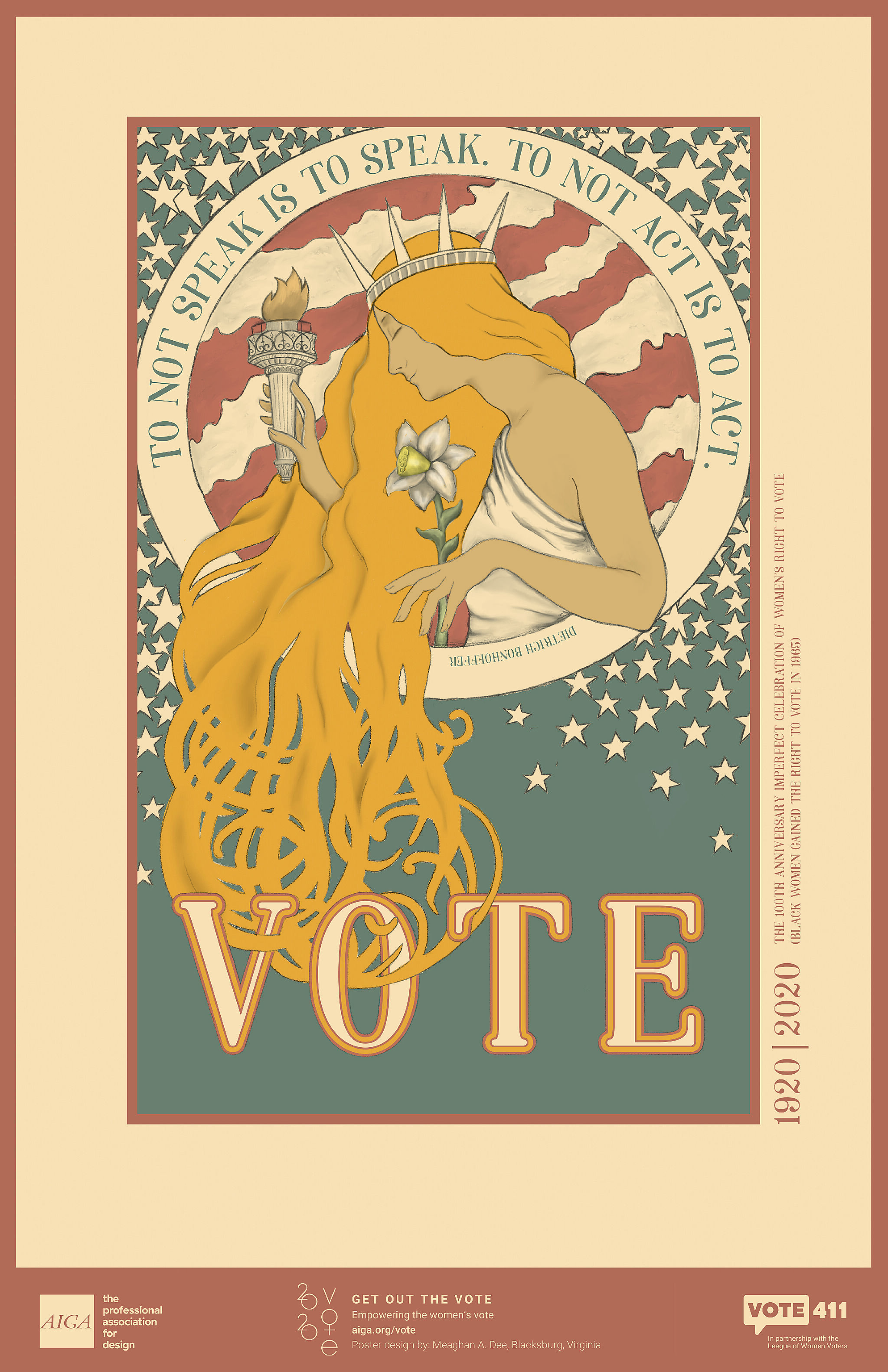 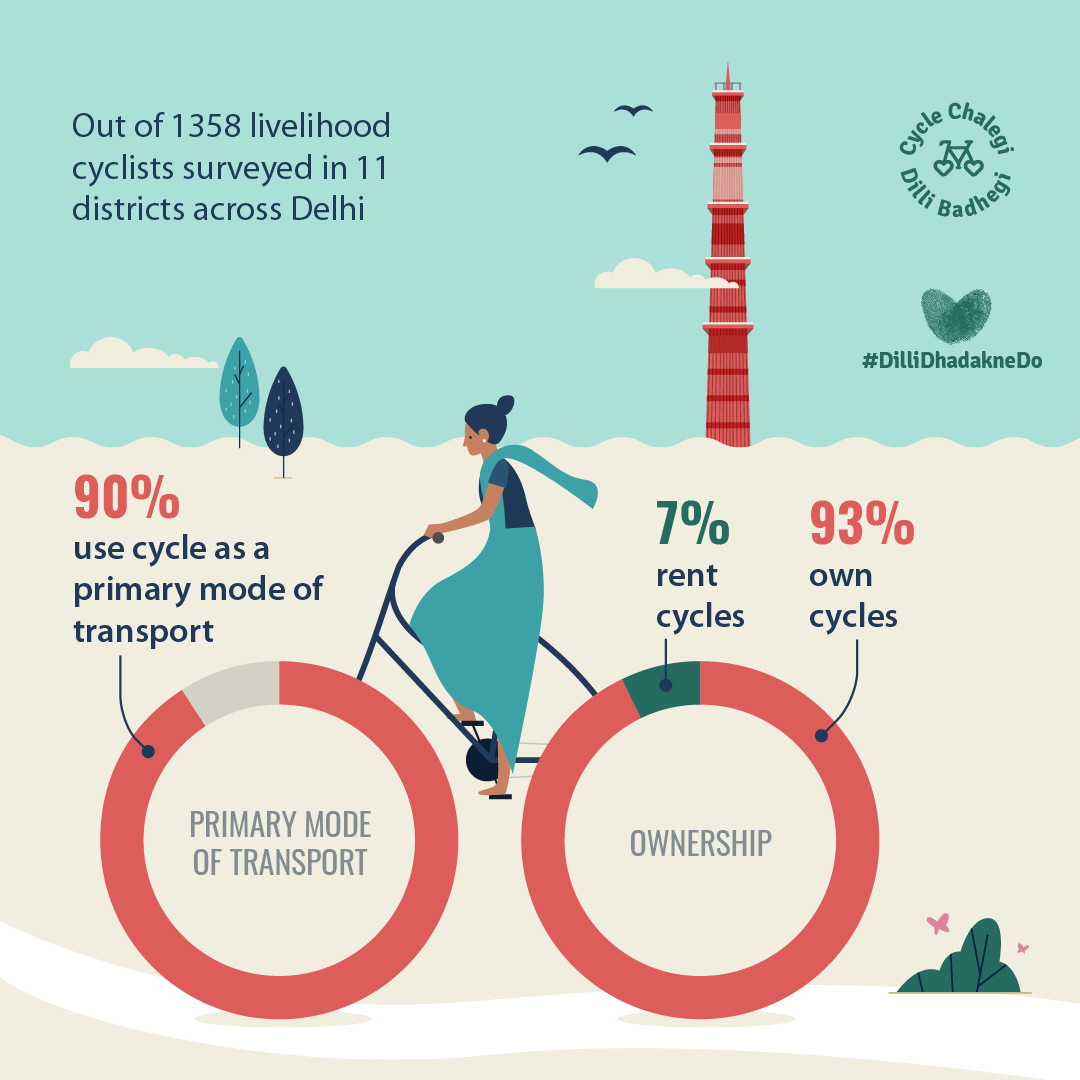 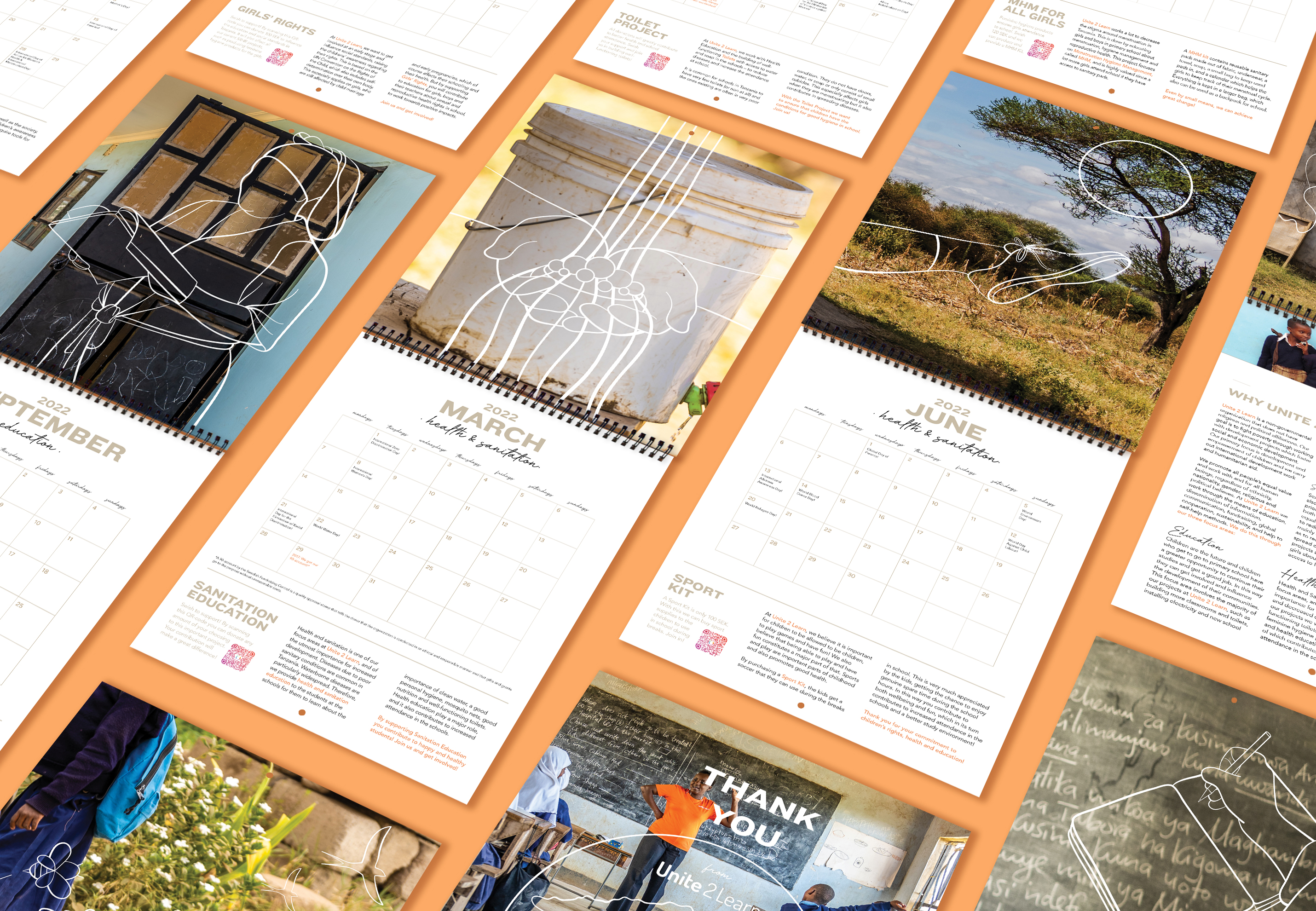 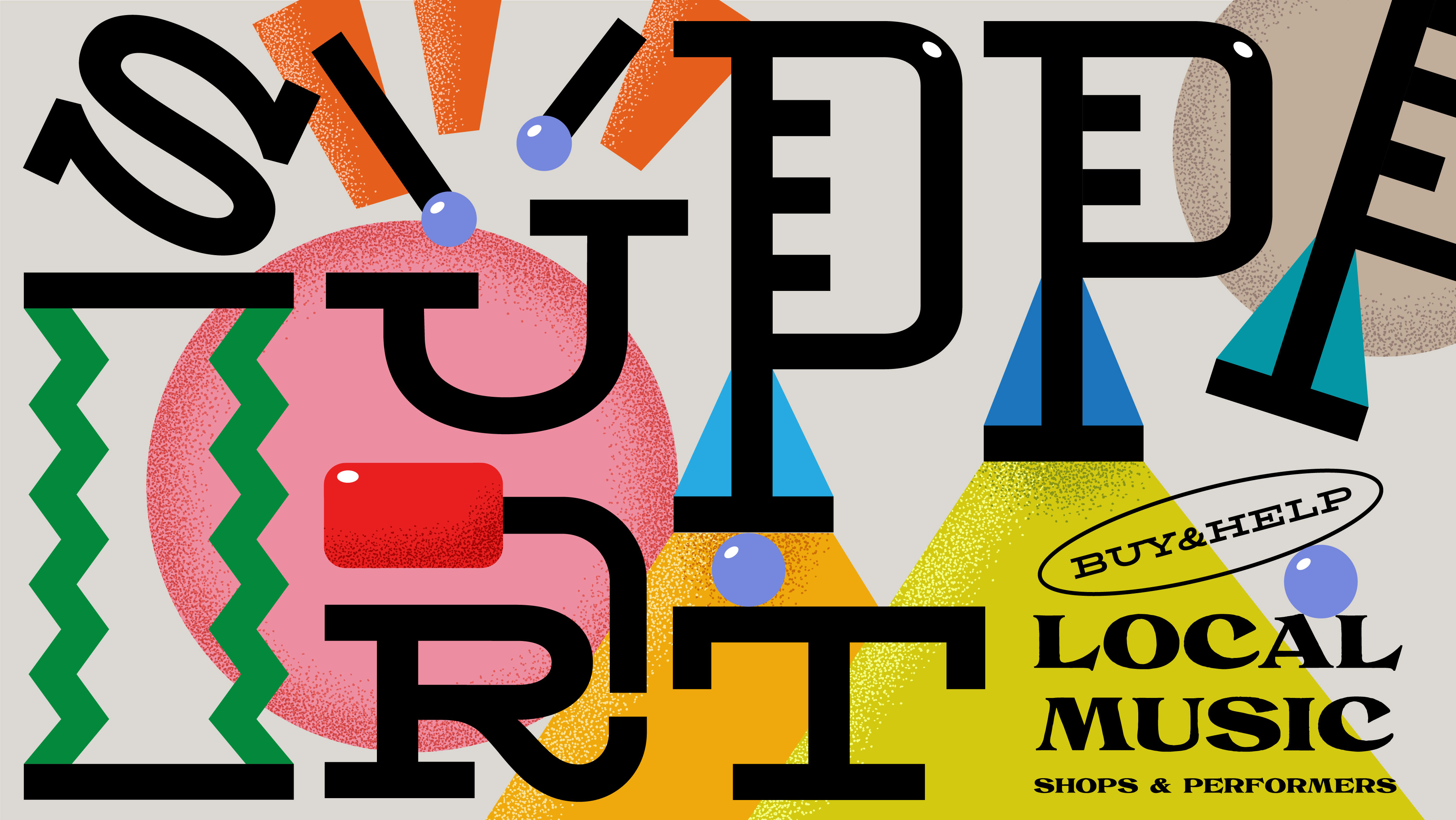 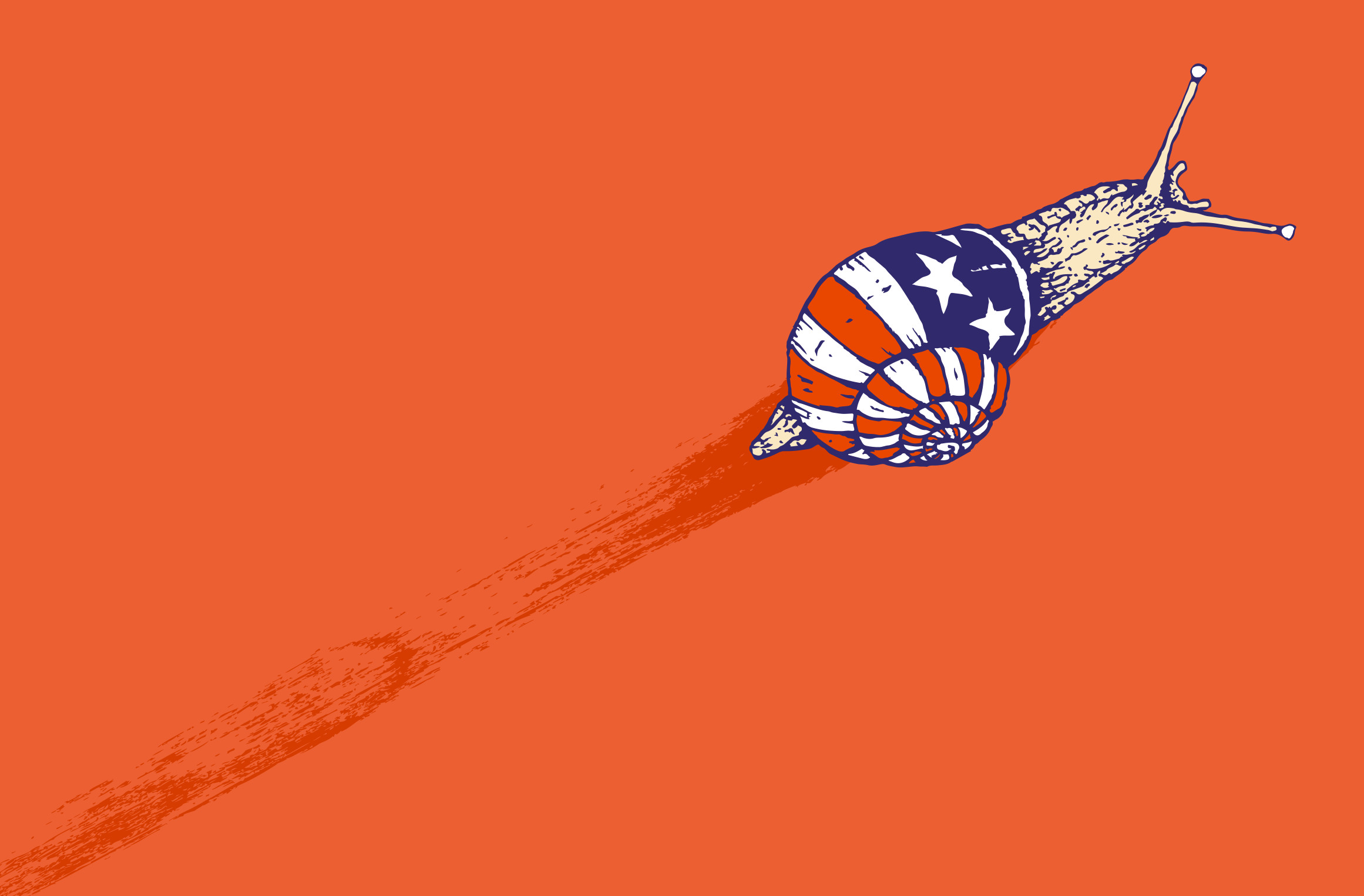