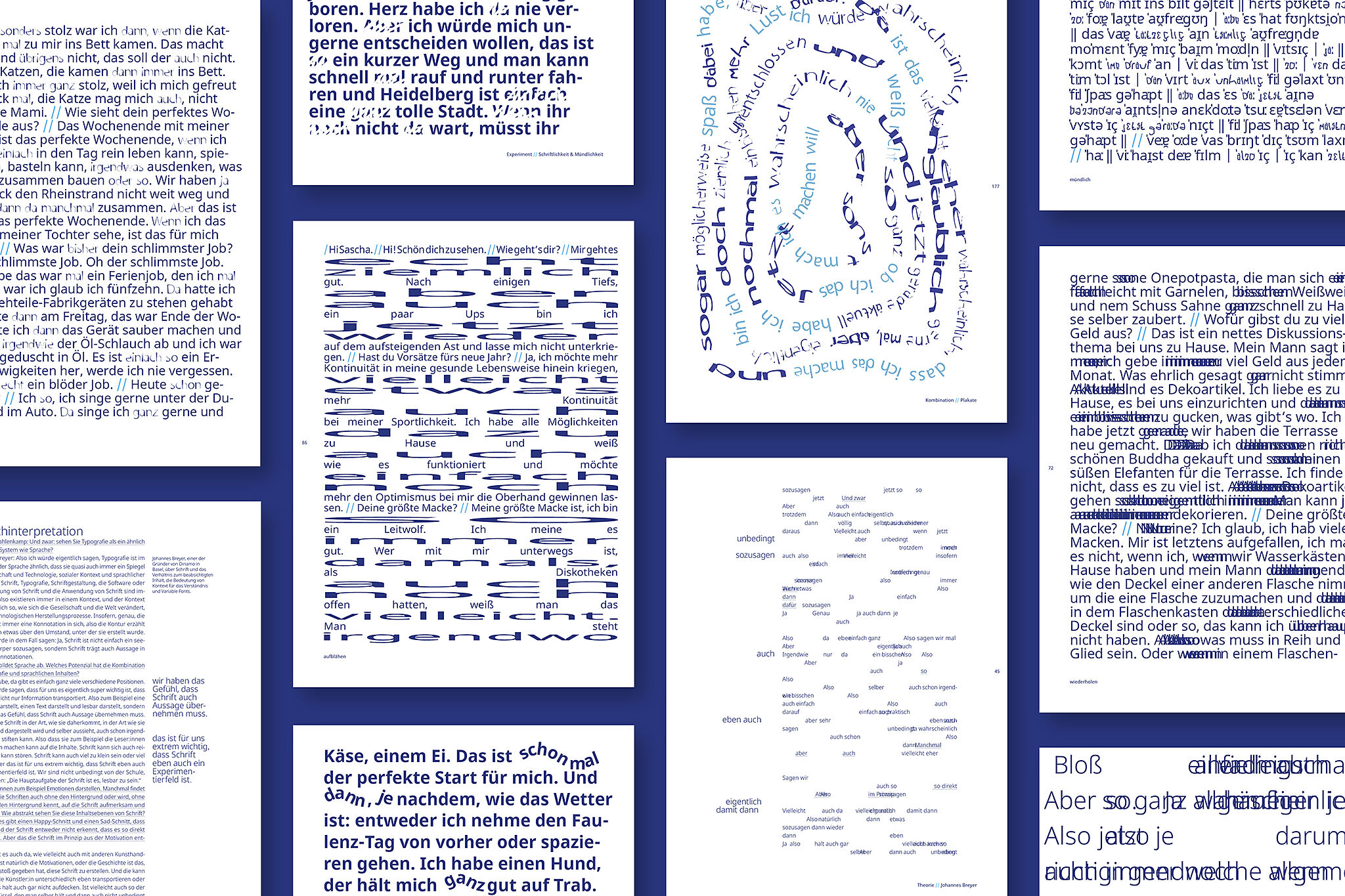 Everybody knows them, uses them while speaking, avoids them when writing and removes them when correcting texts. The frequently used “somehow”, a “well” to begin a discussion or “basically” just to prove a point. These and similar filler words (Füllwörter) are a widely spread phenomenon in German. This project was developed from this linguistic observation. You can count about 360 words as filler words. In general they are known to be useless, but it's not that simple. Context plays a big role, because filler words can weaken arguments as well as strengthen them. This is where typography comes in.

The project includes a book, audios, a variable font and posters to show an experimental way of dealing with those words. Between micro- and macro typographic design, the concept differs between various aspects. Twelve experiments show visualized effects of filler words such as making texts unnecessarily longer, showing uncertainty or mainly being present while speaking. Three experiments are then turned into three axis of a variable font to realisticly show the complexity of using these words in a relevant context. Nine posters from different designers represent their unique perspective on the topic while using the variable font.

The project emphasizes the importance of looking beyond the horizon of generalization, towards a more sensible use of language. 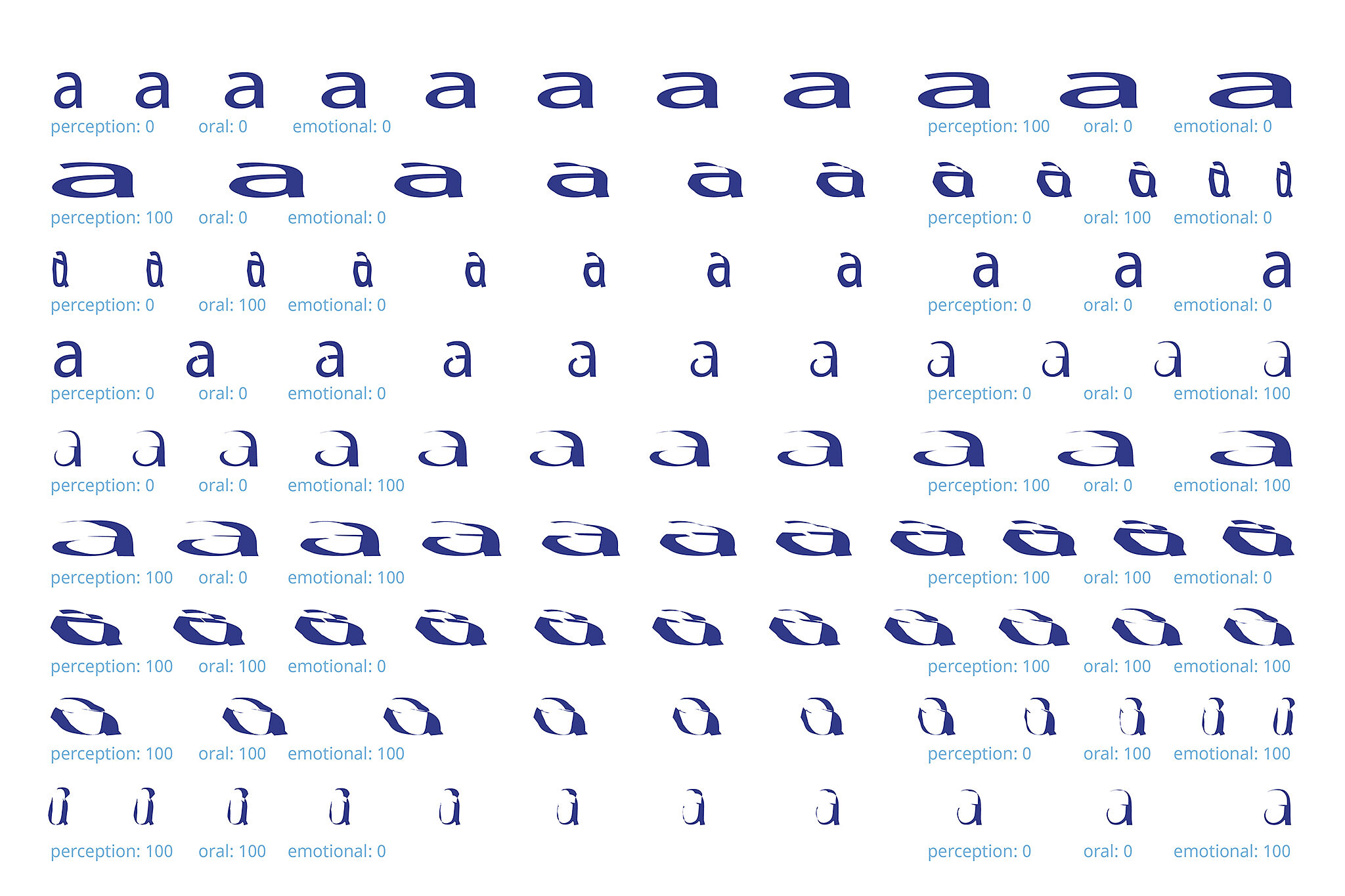 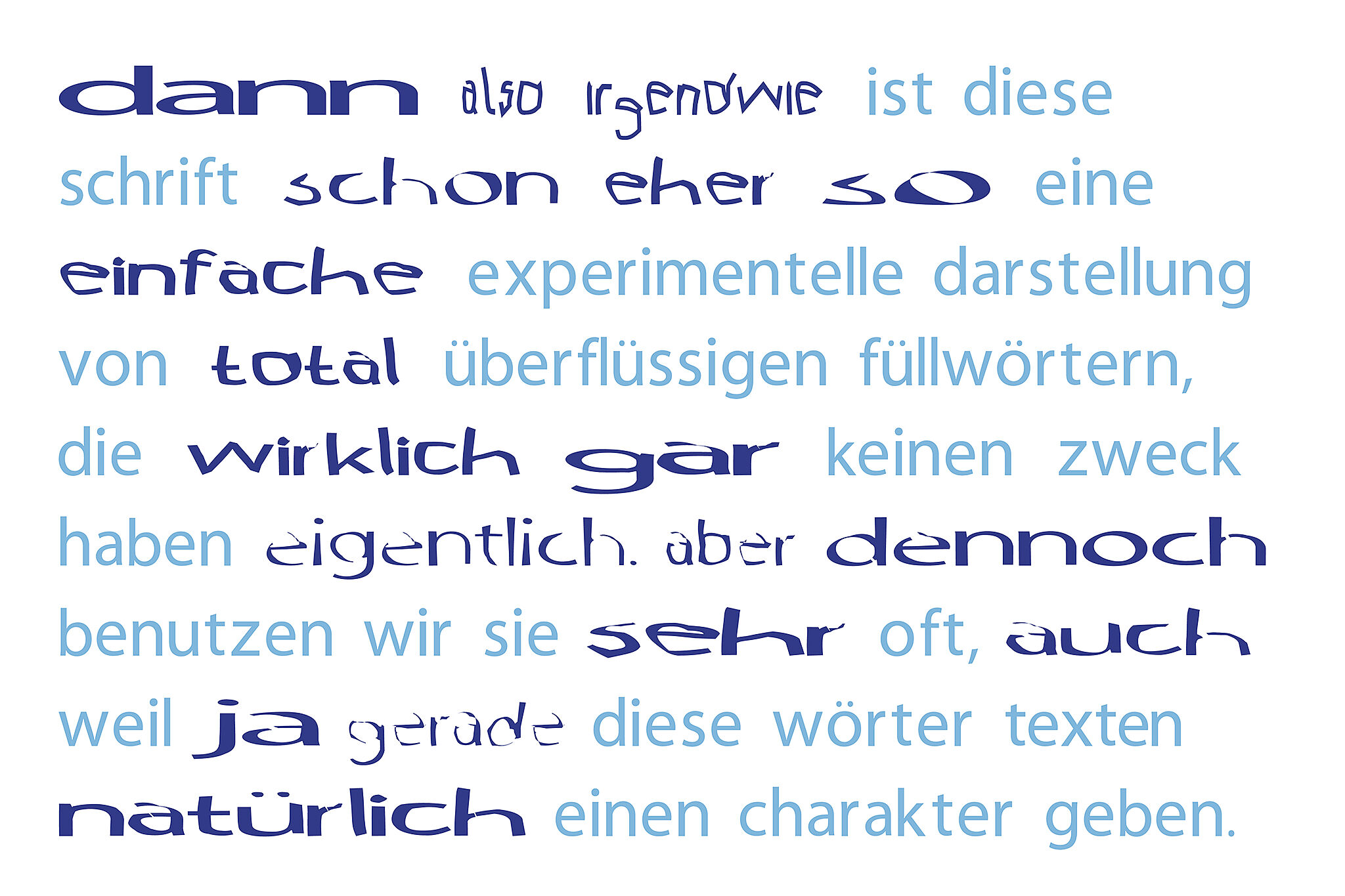 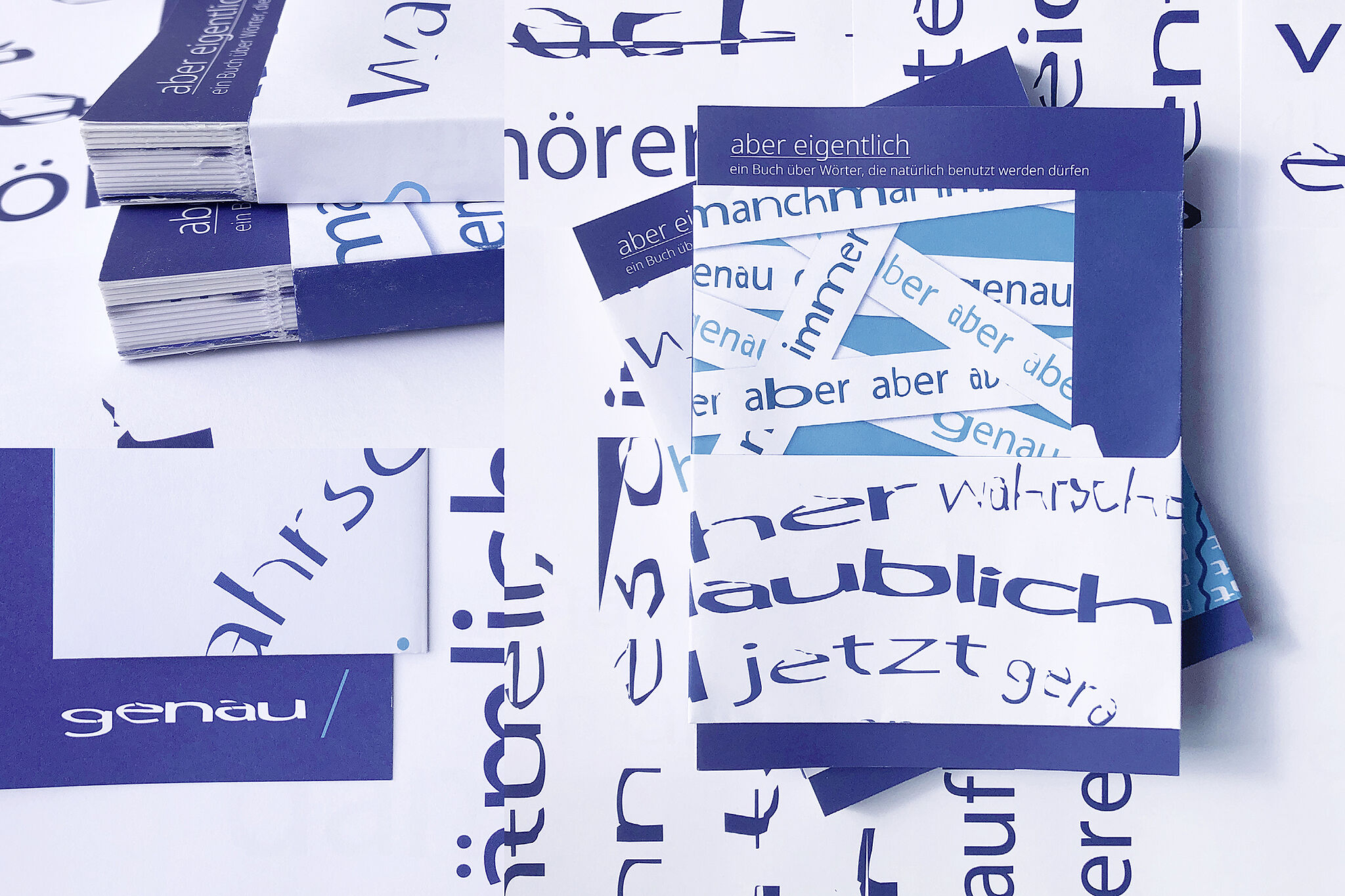 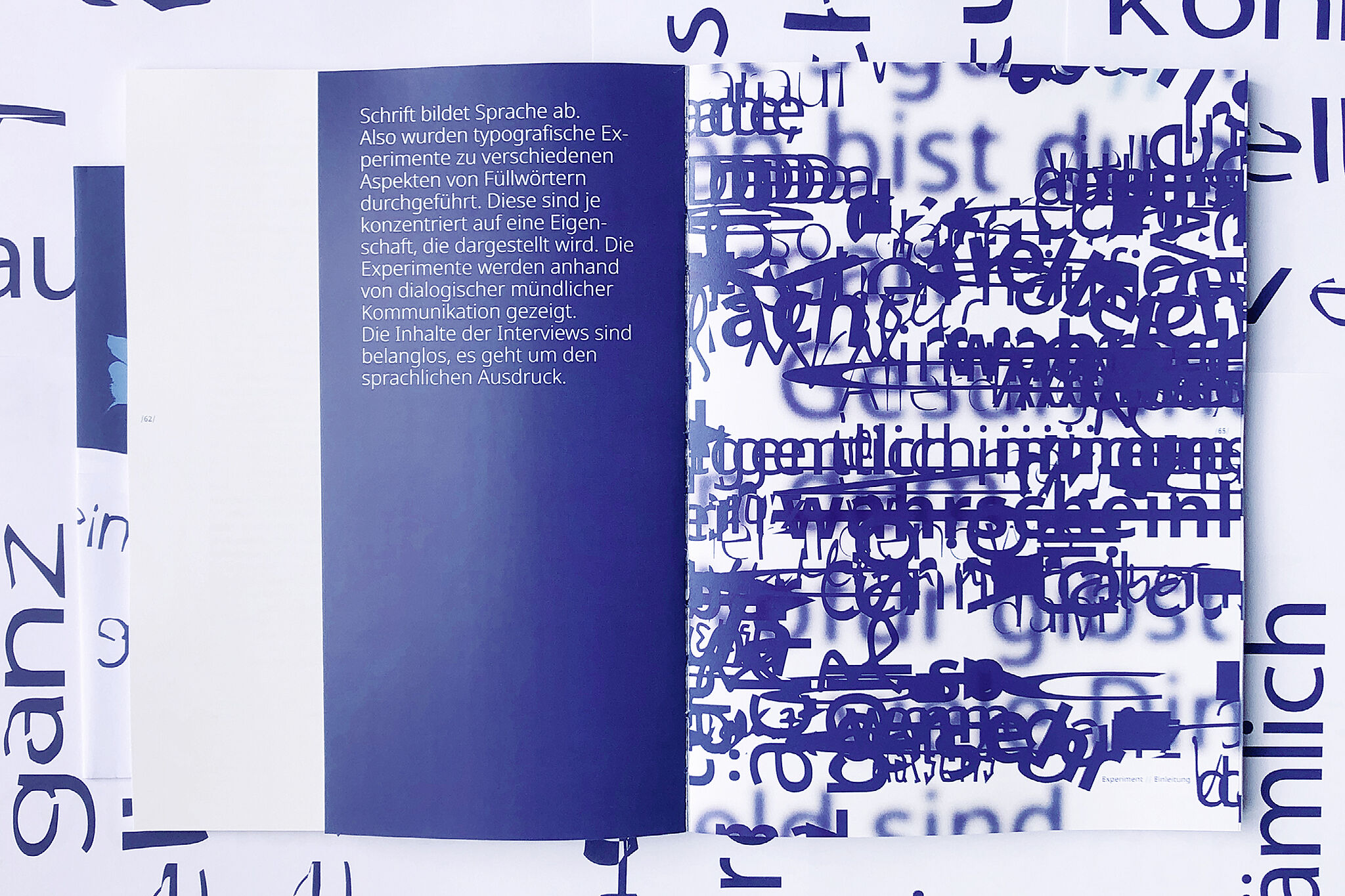 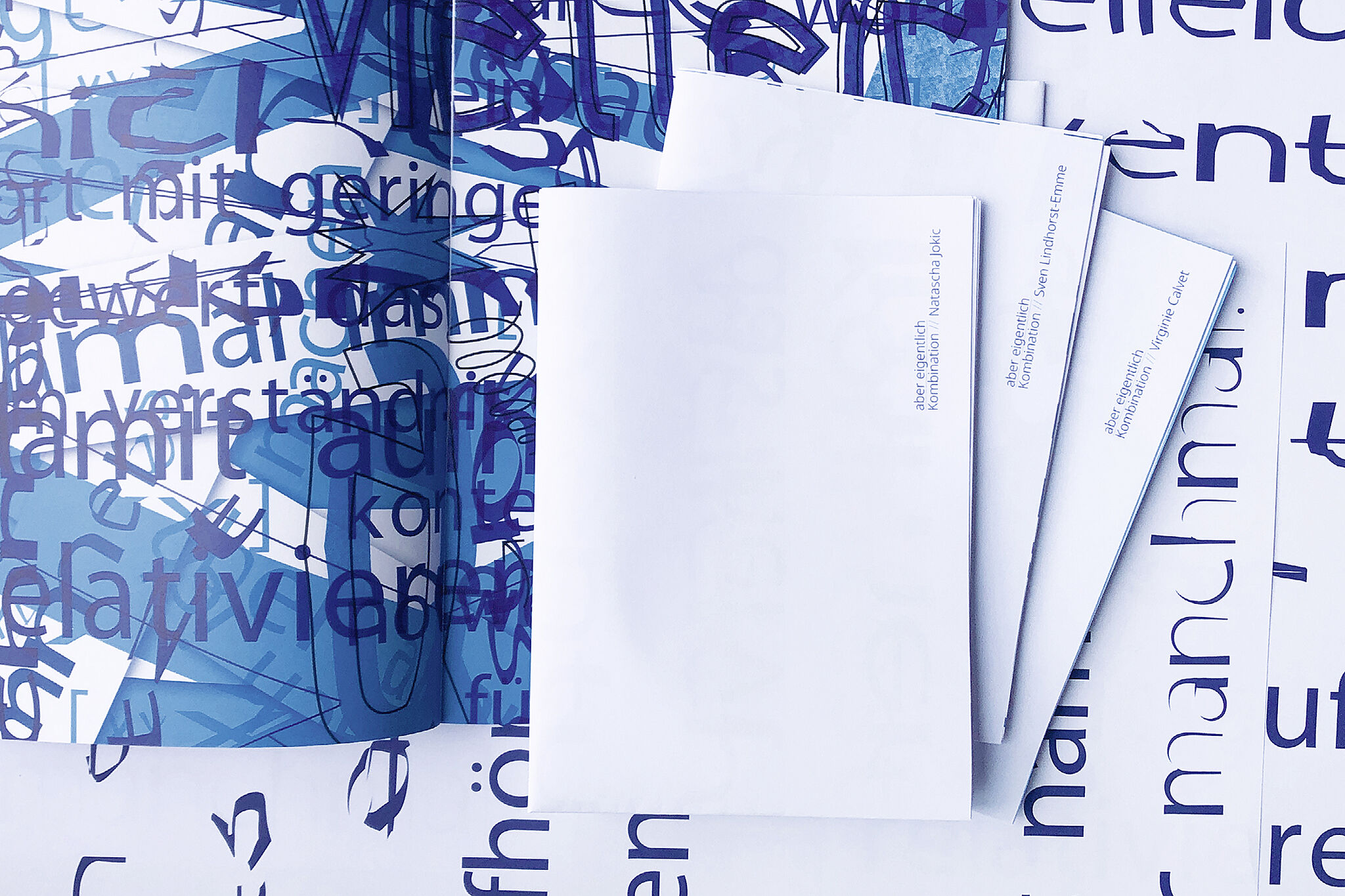 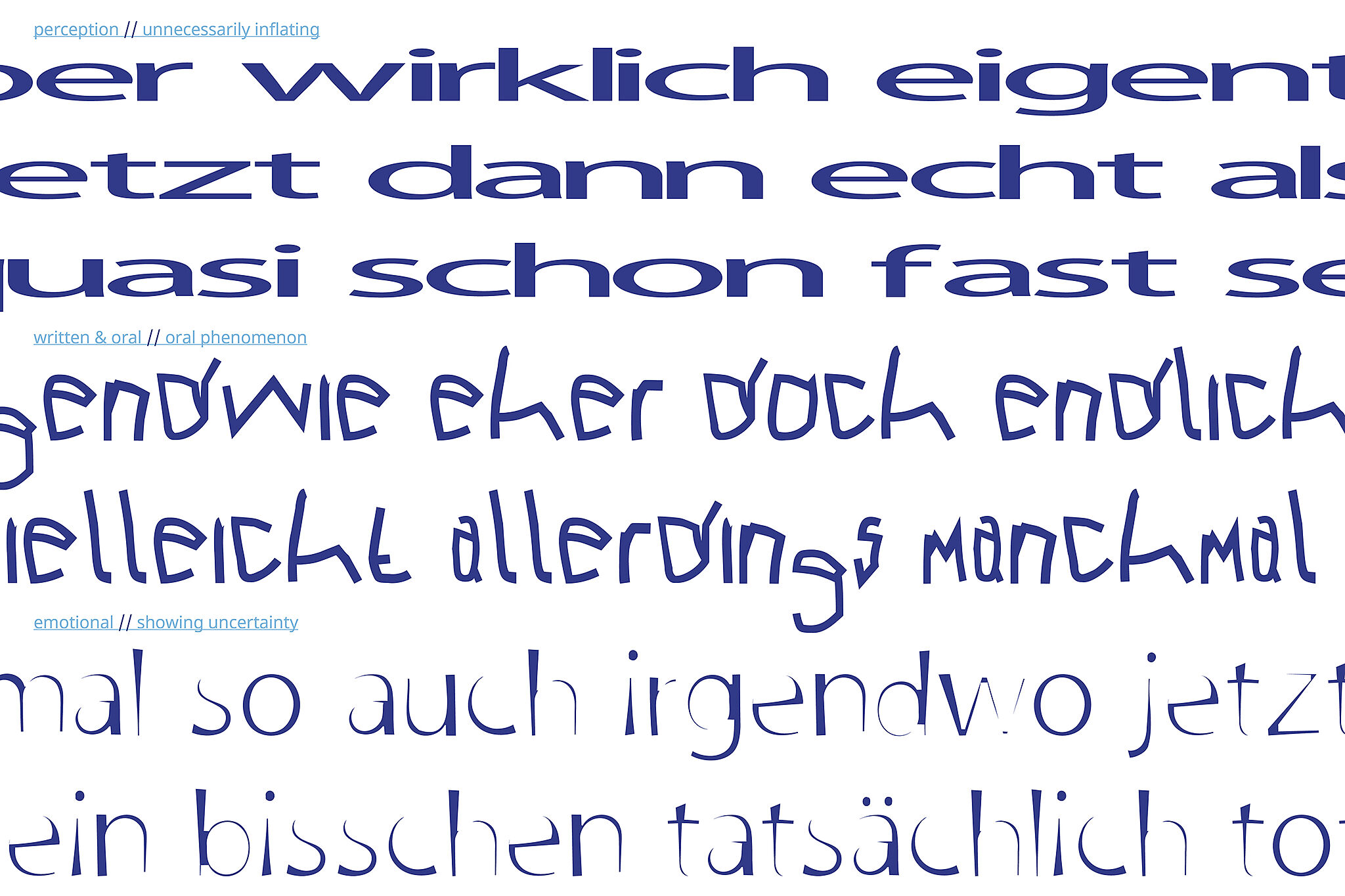 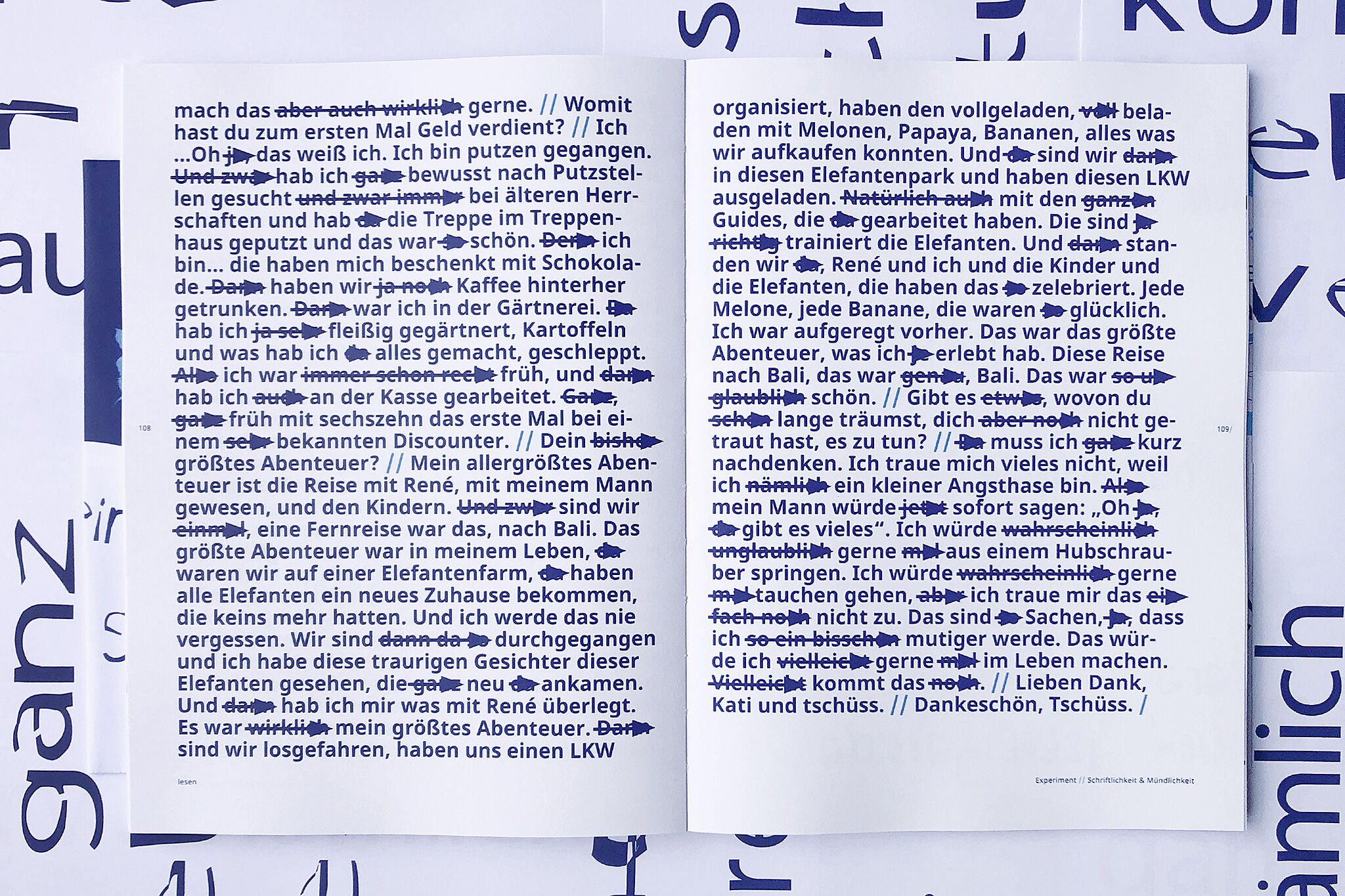 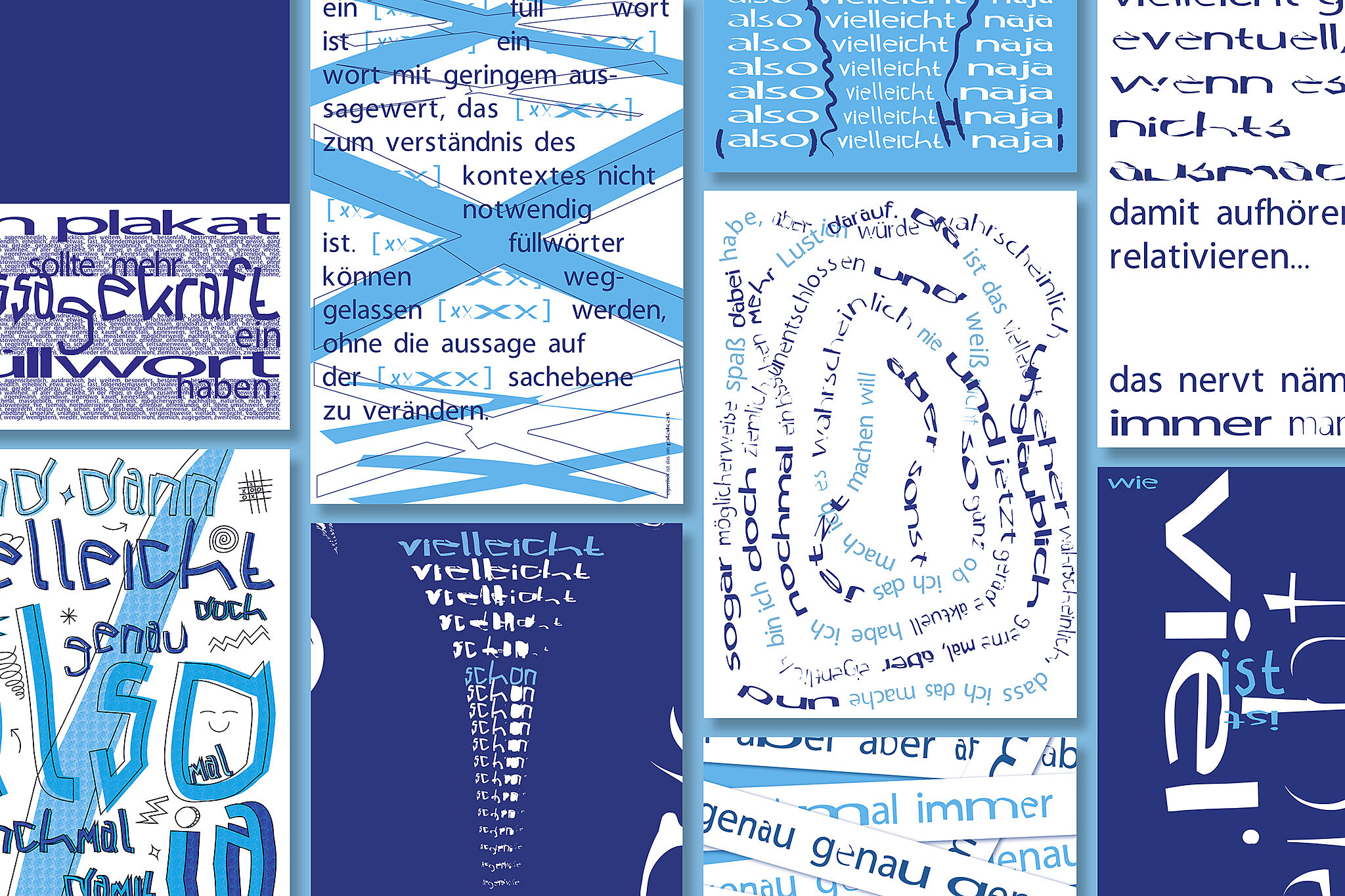 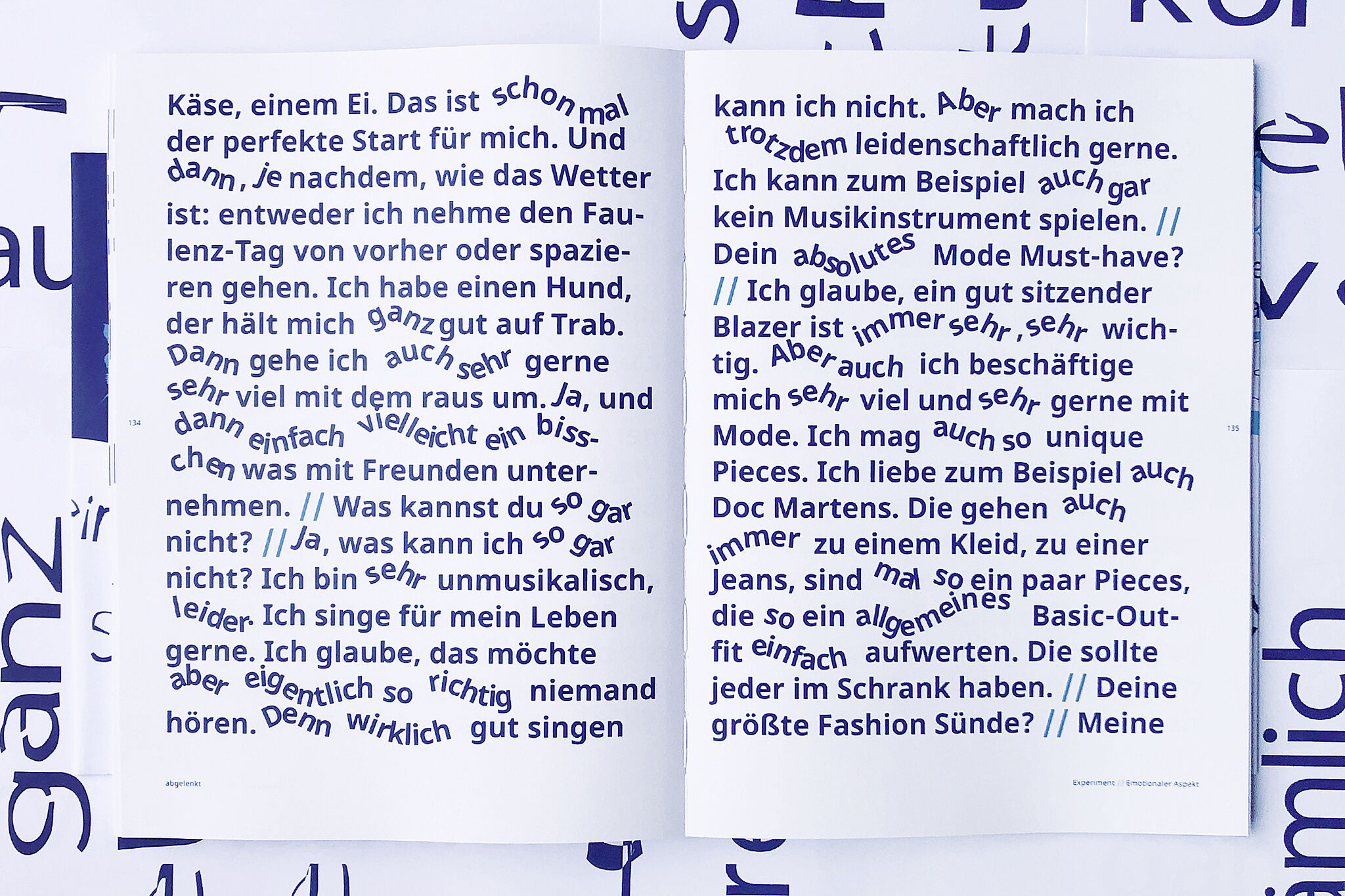 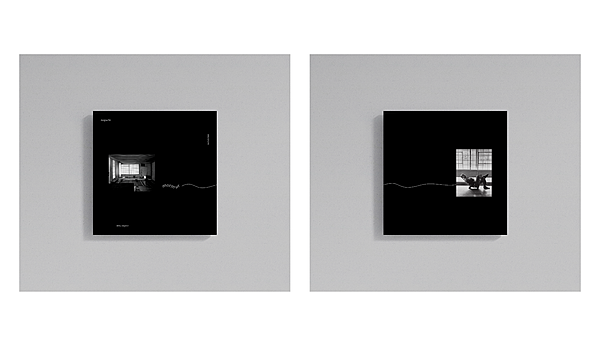 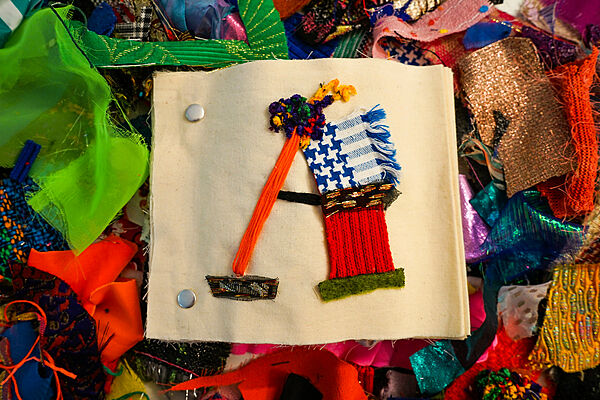 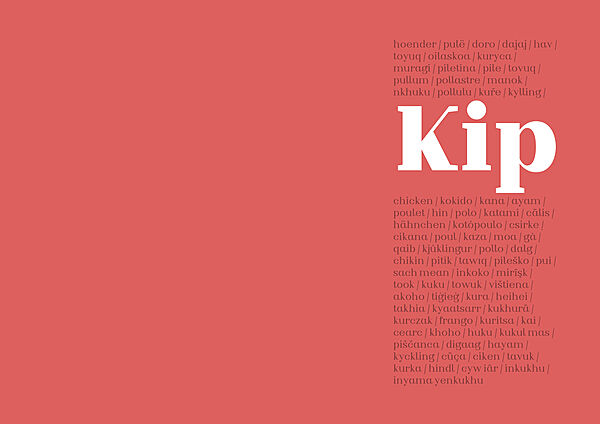